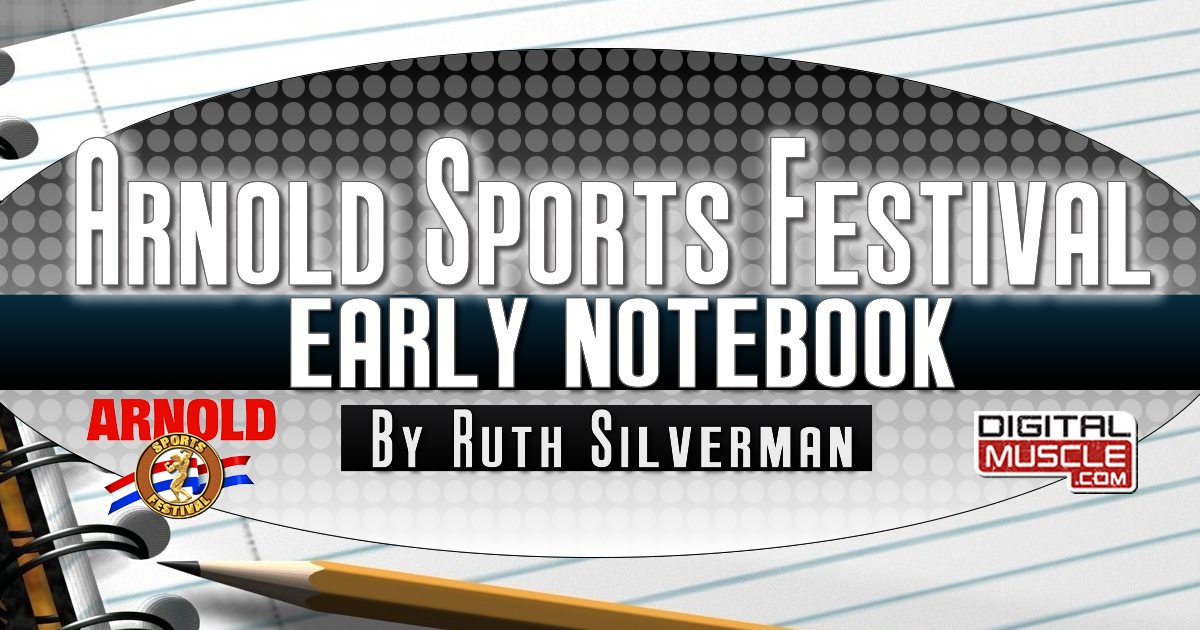 I know, I know. 2016 is barely over, and I’m already thinking about next March, but last week’s email brought a press release about the big, fabulous Arnold Sports Festival in Columbus, Ohio—and how much bigger and more fabulous it will be in 2017—and the excitement started to build.

Full confession: DigitalMuscle.com is currently in the planning stages of the exclusive webcast of the Arnold Classic’s IFBB pro competitions, so I have a special reason to be looking forward to it, but the ASF is so much more than a bodybuilding show. When they call it, “the largest multi-sport event in the world,” they’re not kidding, and the energy it generates is enough to keep even a Southern Californian warm in late-winter Ohio.

An estimated 80,000 athletes from 80 countries will converge on Columbus on March 3-5 to compete in 70—yes, 70!—different sports and other events. The range of competitions—from bodybuilding, bikini, and strongman to boxing, baton twirling, and table tennis—boggles the mind. How about DanceSport, jump rope, disc golf, and chess, to name a few more? Pole fitness joined the program in 2015, and Art at the Arnold—in which the live artists at work are on display themselves—is in its eighth year. You’d think the world would run out of sporting events for promoters Jim and Bob Lorimer (and Arnold) to add, but not a chance, Charlie.

The new events for 2017 include lacrosse, paraplegic powerlifting, the Arnold Pro Strongwoman competition, the Arnold Transformation Challenge, and Yoga at the Arnold.

Competition yoga? Who knew that was even a thing? Turns out that yoga contests go back hundreds—if not thousands—of years, although the most recent incarnation has been around since the mid-1970s. The International Yoga Sports Federation, founded in 2003, has chapters in some 32 countries, including USA Yoga, which is producing “Yoga at the Arnold.”

In the current format, athletes, or yogis, perform three-minute routines, consisting of four compulsory poses and two optional poses, chosen from prescribed lists. Each pose is assigned a numeric difficulty factor, which figures into the scoring. Poses must be held for at least three seconds, and the judges look for balance, stillness, breathing, and concentration, along with technique and the ability to make a difficult pose look easy. 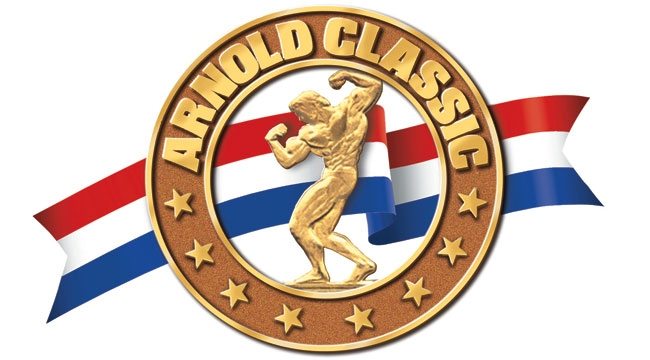 More than 36 million people in the U.S. alone practice yoga, so that’s a heck of a potential-participants pool. USA Yoga offers contest opportunities for yogis of all ages, novices as well as those with high-level skills, and the competition in Columbus will include teen, adult, and senior divisions. For information—or tickets—go to www.YogaAtTheArnold.com.

Also getting a “Whoa, cool!” from me is the new pro strongwoman event, to be modeled after Arnold Strongman Classic, which has been part of the weekend since 2002. You can’t beat the strongmen for heart-stopping competition—yours and the athletes’—and the strongman finals get center stage in the big hall on Saturday night, after the bodybuilding. They are totally addicting in the moment, in case you’ve never been, and more than a few restaurant reservations have been lost in the excitement of screaming, “Go!…Go!…Go!…” while Zydrunas Savickas or Brian Shaw pushes a thousand-plus pounds of lumber up a 35-foot ramp. Now it’s time for the women of the sport to stop a few hearts and move into the spotlight as well, according to Strongman Corporation, which produces the Classic as well as the Arnold Amateur Strongman.

Last August, the organization staged its first-ever pro strongwoman competition, where an elite lineup battled in such events as the log press, deadlift medley, and Atlas stones to qualify for Columbus. Who knows what they’ll have to lift, haul, or lug to score big there? For more details, check out www.strongmancorporation.com.

A final note about the Arnold Sports Festival and thinking ahead. With all those athletes and fans heading for Ohio March 3-5, it’s never too soon to make travel plans. For info on all things ASF: www.ArnoldSportsFestival.com; https://www.facebook.com/arnoldsports/.

A final note about Strongwoman—flashback. Strongman competitions have seen their women’s divisions blossoming in recent years, but it’s not a new idea. In 2004, I attended an early contest that was promoted in Los Angeles by Raye “Zap” Hollitt, of “American Gladiator” fame. It attracted athletes from bodybuilding, powerlifting, fitness, and other sports and was notable for a couple of things. For one, the women were awesome, performing standard strongman feats as well as tests of athletic skills. For another, it was won by DigitalMuscle.com contributor Colette Nelson.

More Arnold event coverage is on the way! Check our Arnold Section for updates!