There are few things that captivate us like professional sports.  For some, it’s a form of worship.  For others, it’s a welcome distraction from the rigors of daily life. I once heard someone describe American sports as the country’s most unhealthy obsession, a world chronicled by sports reporters, those dedicated men and women who tell the stories of our favorite teams.

Here at DigitalMuscle.com we provide a steady diet of articles covering all corners of the global fitness community. From nutrition and training research all the way to supplement reviews and bodybuilding news.  But today I’m taking a break from the usual assortment of muscle buzz to shine a spotlight on a guy who could be described as one of the best built sports reporters in the business. – Meet Roch Kubatko, a beat reporter for the Baltimore Orioles.

Kubatko has spent nearly 20 years covering one of Major League Baseball’s proudest franchises. To be clear, there’s a discernible difference between a reporter and a “beat reporter“.  To put it in terms that most of you will understand, the beat reporters do most of the heavy lifting.  While the national media gets all the glory, the beat reporters are the ones who roll up their sleeves, unearthing the day to day drama of the teams they cover.  Their stories don’t always earn top billing, but their hard work is where the conversation begins. Nearly every major story begins with the in-the-trenches work of an ambitious, tireless beat reporter.  Kubatko is one of the best in the business.

While his daily coverage at the Mid-Atlantic Sports Network has become the gathering place for the most ardent Orioles fans, his sleeve splitting biceps have become a novelty among fans and players alike. At one point last season, baseball’s reigning homerun champ Chris Davis was asked about Kubatko’s arms.  With a grin, Davis remarked,  “Roch has nice arms.”  The power hitting first baseman added, “He works hard and I respect him for that.”  It’s not often that you’ll hear a ball player comment on the physique of a reporter!

Kubatko takes it all in stride. “I pretend that it embarrasses me.  Seriously though, it’s flattering.  Of course, it’s usually accompanied by observations that I must have skipped leg day again.”  The two-time Maryland Sportswriter of the Year has a way of putting things into perspective, “I also have to consider that the bar hasn’t been raised very high in my profession. Let’s be honest here. Not everyone is the stereotypical out-of-shape sloppy sportswriter, but that stereotype exists for a reason. You’ll find more six packs than six-pack abs. Maybe it’s just the nature of the business.”

In his role as one of the Orioles senior reporters, Kubatko has had the rare privilege of covering many of the game’s greatest players, including Hall of Famer Cal Ripken, Jr. “No matter how long I’m in this business and how jaded I become, I still find myself thinking, ‘Wow, Cal Ripken is answering my question right now.’ It’s silly in a way, but I also hope I never lose that.” 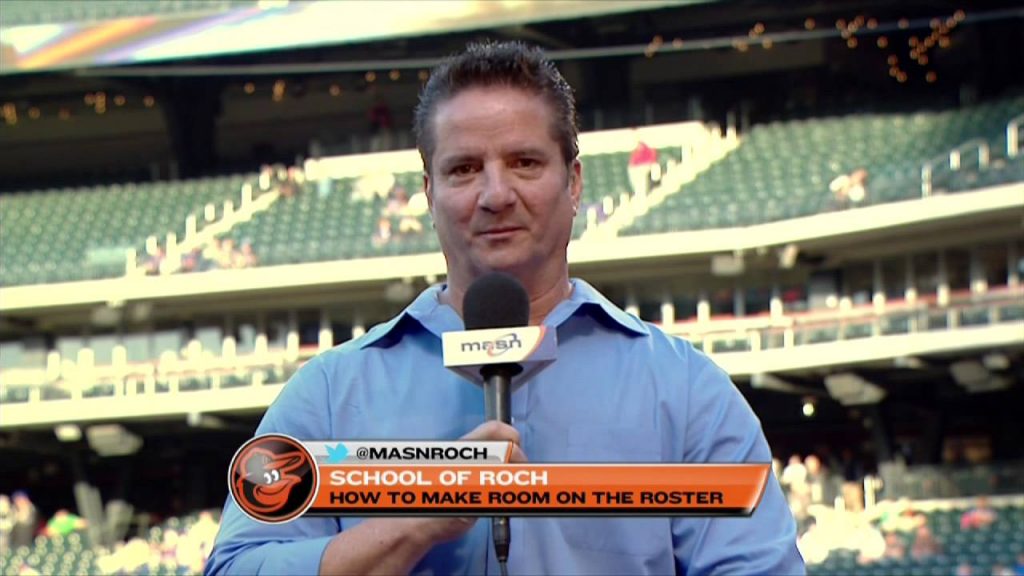 One thing Kubatko hasn’t lost is his commitment to maintaining the kind of physique that garners attention, despite the challenges associated with a reporter’s demanding schedule. The work begins in February when he packs his bags for a 6 week trip to Florida for Spring Training followed by a demanding 162 game regular season schedule.  “It’s really hard.” He confesses.  “Some hotels aren’t equipped with much beyond a couple of treadmills. And you’re basically at the mercy of the club’s dining rooms. It’s not like there are a lot of healthy choices at the concession stands. The temptations can be killer, too. I’m only human. I can start out with a salad, a chicken breast and vegetables, but I see the soft ice cream machine in the corner. I see the soft pretzels. I hear the nachos heckling me. And if we have a rain delay or extra innings, I tend to eat my feelings. It isn’t pretty.”

From airplanes to hotels to ballparks, a sports reporter’s road to staying in shape is loaded with land mines.  When I asked Roch (pronounced Rock) to provide some tips for his colleagues who claim they don’t have time to stay in shape, he offered up some advice. “Gyms are everywhere and even the crappiest hotels tend to have a fitness center.  That one treadmill or the one rack of dumbbells can be put to use.  Ballparks have stairs.  Skip the elevator whenever possible.  I often fill a plate of food in the dining room and take it to my laptop in the press box.  This way, I get more work done and I’m not tempted to keep eating. The nachos can’t get to me if I’m not in the room.” 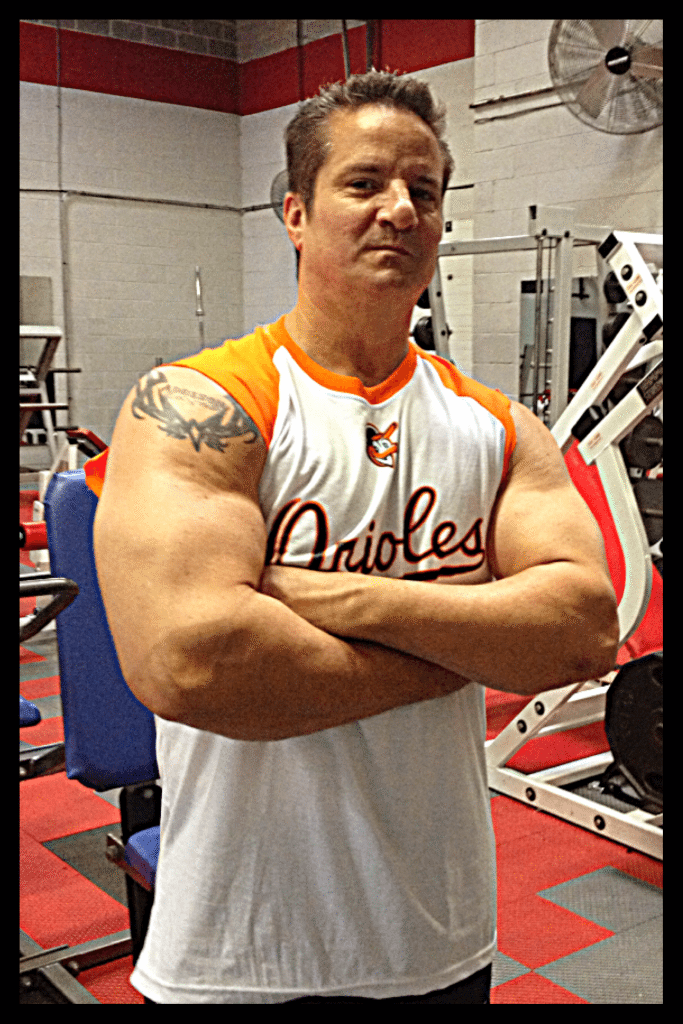 Some might call it a dream job. His “office” is located atop places like Yankee Stadium, Fenway Park, and his hometown Camden Yards, regarded in baseball circles as one of the game’s crowned jewels.  He enjoys the kind of access that makes baseball junkies, like me, green with envy.  Survival in the competitive world of sports media requires equal parts dedication and consistency.  For Kubatko, it’s been a recipe for success.  In the press box….and in the gym.

Editor’s Note: Check out Roch on TV as part of MASN SPORTS season long coverage of the Baltimore Orioles or visit his popular School of Roch Blog for daily reports.

Have you visited the DigitalMuscle.com Master Archive? It’s loaded with great articles on nutrition, training, supplementation, fitness and bodybuilding!