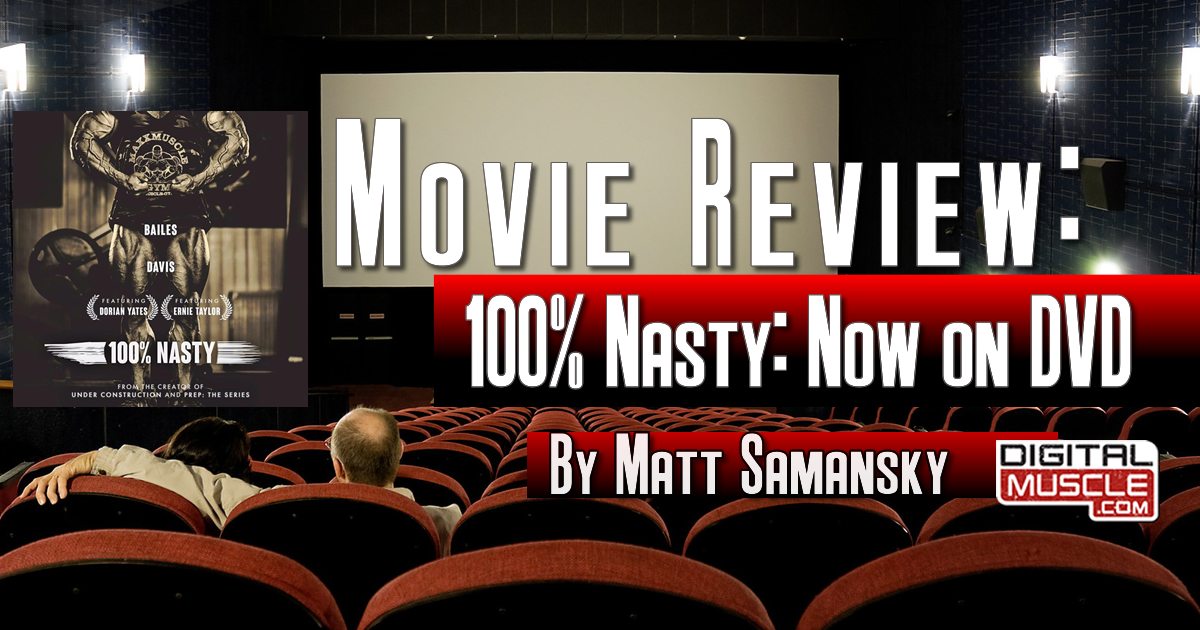 What does it mean to be a professional bodybuilder in the U.K.?

If you think it’s all about big money sponsorships, large mansions and a pimped out Jeep, you would be sorely mistaken.

From acclaimed director James Grealish who brought “Under Construction” and “Prep: The Series” to our screens, comes “100% Nasty”, a hard hitting story chronicling the pursuit of one of Britain’s top bodybuilders.

The film takes us inside the Otomix shoes of UK bodybuilding icon, Anth Bailes, following his 10-month return from a 2-year absence from the IFBB competitive stage.

“100% Nasty” begins with a brief insight into the humble beginnings of the man who became known as “The Freak.” Anth developed an appreciation for the sport at an early age. Born into a working-class family in North Britain, Anth understood the discipline and the fortitude displayed by athletes of this caliber.

Anth is taken under the tutelage of a man named Bryan Robinson who guides him to multiple bodybuilding victories including Mr. Britain and World titles. His ascension is nearly complete as the film shows Anth earning gold and his IFBB pro card at the UKBFF Championships, UK Bodybuilding’s highest honor.

The film picks up with Bailes’ decision to return to active competition at the upcoming Mozolani Pro. But along the way, Anth must overcome many struggles including his troubled past, debilitating injuries, and welcoming and providing for his newborn daughter.

Many scenes are shot in MaxxMuscle Gym, a facility owned by Anth and one of the last true “hardcore” gyms in the country. These scenes provide the introduction for a few “colorful” training partners including IFBB pro Ernie Taylor and the infamous Leroy Davis, the latter of which steals the show!  Leroy is one of the veterans of the sport and pulls no punches in his assessment of the “softer” direction the sport has taken.

The illusive Dorian Yates emerges from the shadows to give his opinions on the current state of bodybuilding and provide Anth with some valuable insight as he prepares for the big contest. The appearance of the six-time Mr. Olympia is a treat for Anth, as one of the sport’s true icons served as one of the paramount forms of inspiration in his early training days. And let’s be honest, it’s always a treat for us to see Dorian too! 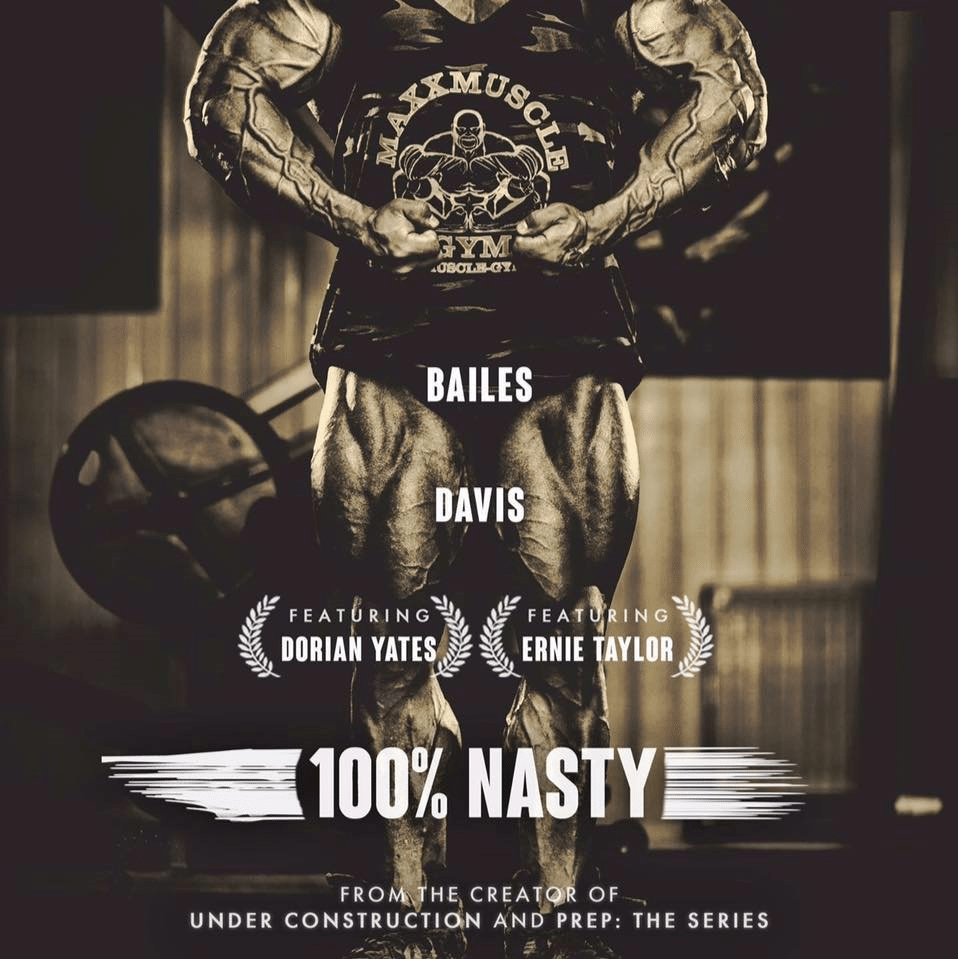 Speaking of Dorian, James Grealish takes a page out of the Brit’s playbook as training sequences feature a certain “Blood & Guts” vibe. Viewers will feel uncomfortably inspired by the intensity “The Freak” brings to the weights. Without fault, each scene features Leroy Davis screaming (only as Leroy can), encouraging Anth to push harder and harder with each rep.

“100% Nasty” provides audiences with a rare glimpse into the often dark nature of pushing the body to the limit, an allegory often overlooked in the sport. We often perceive professional bodybuilders as physically and mentally as well as financially stable due to their celebrity status. Unfortunately, this is not always the case with “normal” bodybuilders as Anth describes himself.  Oftentimes, men and women begin training to combat their mental demons and improve self-esteem.

Furthermore, the overwhelming majority of athletes must work full-time jobs to support the athletic “hobby” and even then barely make ends meet. This film dives into the gritty truth about the “normal” bodybuilder and is a must-watch for fans of the sport as well as those who might not understand the plight of this rare brand of athlete.

After a series of concussions ended his high school wrestling career, Matt discovered bodybuilding, quickly immersing himself in the world of fitness, nutrition and supplementation. A National Academy of Sports Medicine Certified Trainer, Matt founded UFit Sports Performance and Nutrition and has helped dozens of clients achieve their fitness goals. Having tried and tested countless supplements, Matt is highly regarded as a credible evaluator of nutritional products.