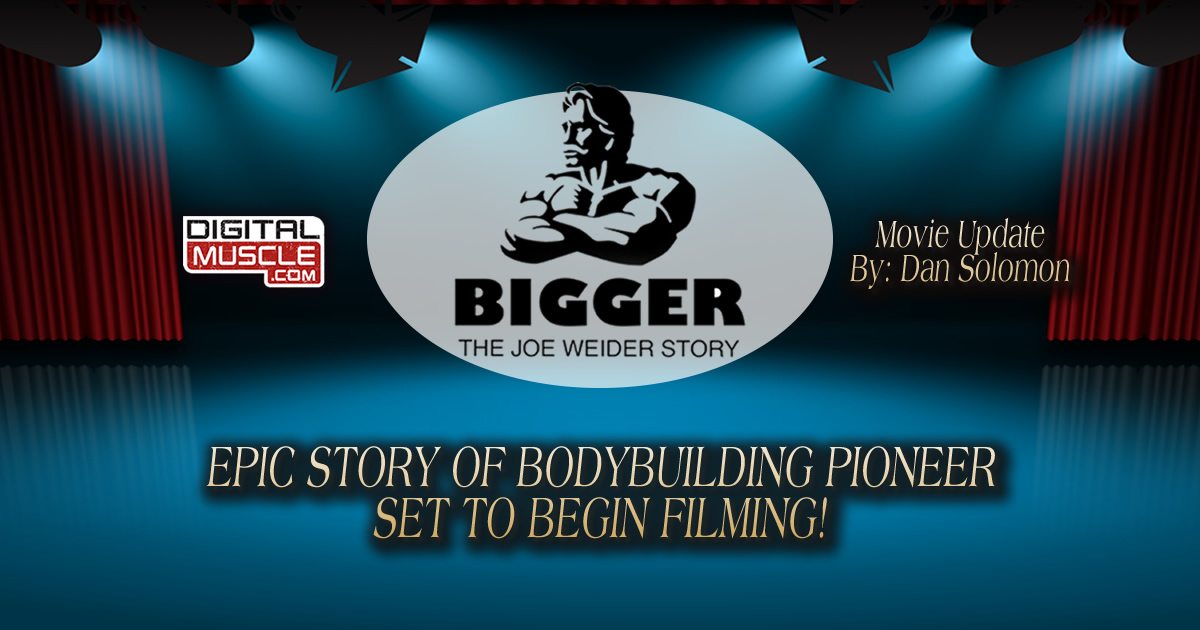 The announcement has taken the bodybuilding world by storm and the best of Hollywood is lining up.

The world’s most celebrated showcase of physique transformation was held last month in Las Vegas,  Olympia Weekend, a tradition started by the man who changed the way the world views muscle.  Joe Weider died 4 years ago, but his crusade began in the 1940’s, back when athletes looked more like Babe Ruth, long before nutrition stores, gym chains, and the advent of flavored whey protein powder.

Olympia Weekend opened with a press conference and the long awaited announcement that Hollywood has come calling. Host Bob Cicherillo stood at center stage in front of a crowded arena filled with serious bodybuilding and fitness enthusiasts and made this announcement:

“There have been plenty of small budget documentary style bodybuilding movies over the years, but never before has there been a mainstream, scripted, theatrical feature film about the bodybuilding world. And that ladies and gentlemen is about to change.”

Yes, it’s true. The story of the man credited for pioneering one of the world’s greatest cultural phenomenons is coming to the big screen. The film is called BIGGER and shooting begins next week.  Golden Globe nominated producer Steve Lee Jones is piloting the project and he’s assembled an impressive group to bring this improbable story to life.  Full disclosure, I’m serving as a co-executive producer for my role in breathing early life into the project, bringing some of my most powerful and creative friends to the table nearly 5 years ago.  More on that later. 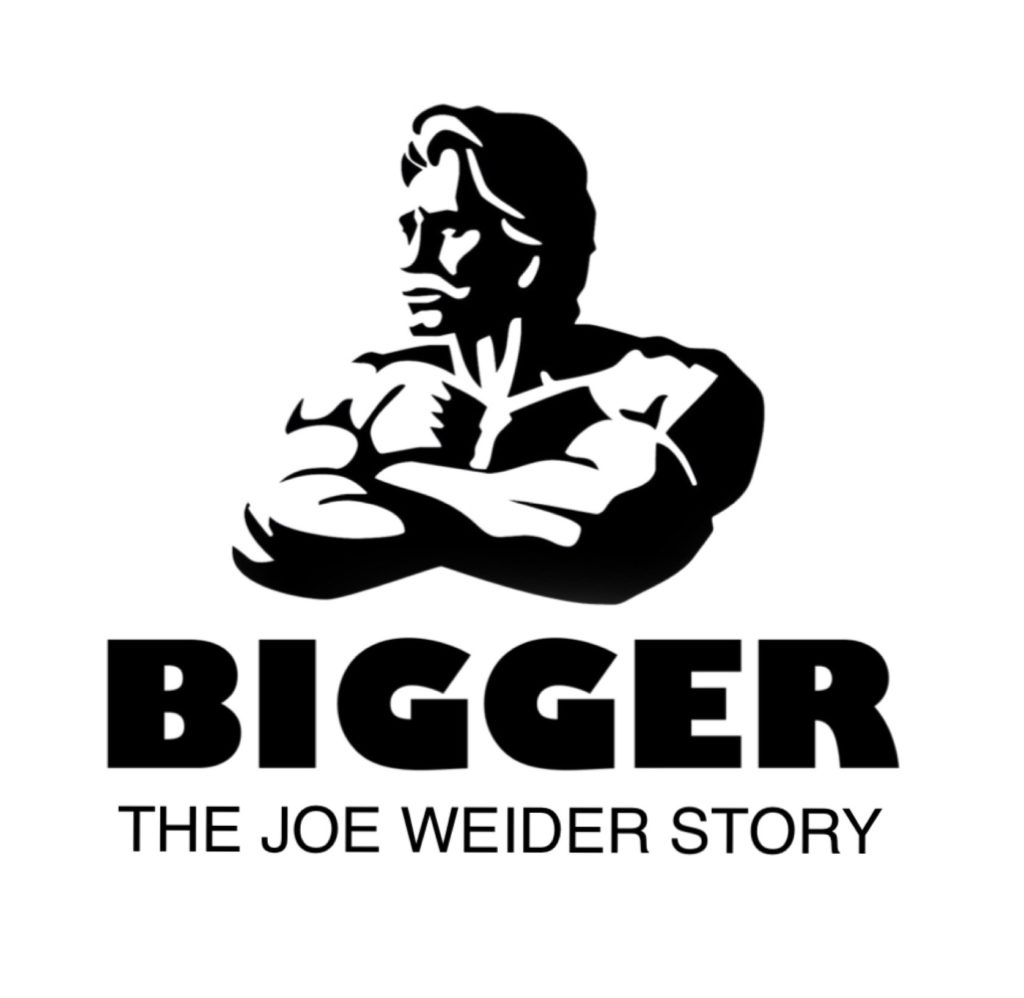 The Weider story began in publishing where Joe and younger brother Ben turned a 25 cent newsletter about muscle building into a publishing empire. Over time, they expanded into all corners of commerce. From workout equipment to supplements, the Weider name became a brand, eventually giving way to an entire industry measured in the billions – a story tailor made for Hollywood.

Let me be the first to introduce some of the talented men and women who will soon begin shooting a film nearly as ambitious as the man himself. The remarkable story of The Father of Modern Bodybuilding is already the talk of Hollywood.

Steve Lee Jones (Producer)  Jones made a big splash with his first film, YOU DON’T KNOW JACK (2010), a movie that scored Al Pacino the Golden Globe for Best Actor and Jones a boat load of Emmys and other awards of his own.

Eric Weider (Executive Producer) Head of the Weider Health and Fitness Empire, Eric gives the project unfettered access to the most personal elements of Joe and Ben’s story, starting with their earliest days in Montreal, the children of Jewish-Polish immigrants. Eric paved the way to tell this story with the kind of depth that garnered the interest of some of the top filmmakers in the world.

Brad Furman (Writer)  Directed THE LINCOLN LAWYER (2011) and recently directed THE INFILTRATOR (2017) with Bryan Cranston.  Furman, along with Ellen Furman, wrote the original script for BIGGER.

Scott LaStaiti (Producer)  A seasoned producer of popular films like THE INFILTRATOR, JANE GOT A GUN, LOVE IN THE TIME OF CHOLERA.

Tyler Hoechlin (Younger Joe Weider)   One of Hollywood’s hottest properties, Hoechlin’s big break came when he landed the role opposite Tom Hanks in ROAD TO PERDITION.  He would go on to star in the series TEEN WOLF along with the role of Superman in the popular SUPERGIRL series. Last year, he earned praise for his work in Richard Linklater’s EVERYBODY WANTS SOME.

Julianne Hough (Betty Weider)   Starred with Tom Cruise in ROCK OF AGES (2012), additional credits include Ariel in FOOTLOOSE (2011), along with her recent gig as a judge on DANCING WITH THE STARS. Julianne has graced the cover of SHAPE Magazine four times, the very magazine that Betty Weider co-founded with Joe.

Aneurin Barnard (Ben Weider)   One of the UK’s hottest new actors, Barnard is just coming off his starring role in the critically acclaimed DUNKIRK, directed by Christopher Nolan (THE DARK KNIGHT TRIOLOGY).

Robert Forster (Joe Weider 2008)  One of Hollywood’s most respected veteran actors, Forster earned an Oscar nomination for his role in Jackie Brown (1997).

Tom Arnold: Starred opposite Arnold Schwarzenegger in TRUE LIES (1994) and continues to stay busy in film and television.

Victoria Justice: Starred in her own TV series VICTORIOUS and recently in Fox’s ROCKY HORROR. Her popularity is blowing up, with a social media following among the top in the nation.

Colton Haynes: Best known for his role in the television series TEEN WOLF, Colton has appeared on THE HILLS, CSI: MIAMI, and he’ll play the role of Jack Lallane in BIGGER.

Kevin Durand: Another one of Hollywood’s busiest talents, Durand is know for roles in X-MEN ORIGINS, WOLVERINE and FRUITVALE STATION.

Calum Von Moger: Known for his striking resemblance to Arnold Schwarzenegger, Von Moger (Mr. Universe 2014) has been cast to play the man who would become the world’s most iconic bodybuilder.

Dan Solomon (Co-Executive Producer) I’m not sure if I belong on any list this impressive, but I’m the writer of this article, so I get to put myself here. And I landed a part in the film along with a few of my closest friends.  Details to come!

Video takes you behind the story that inspired the movie!

Media inquiries can be directed to [email protected]