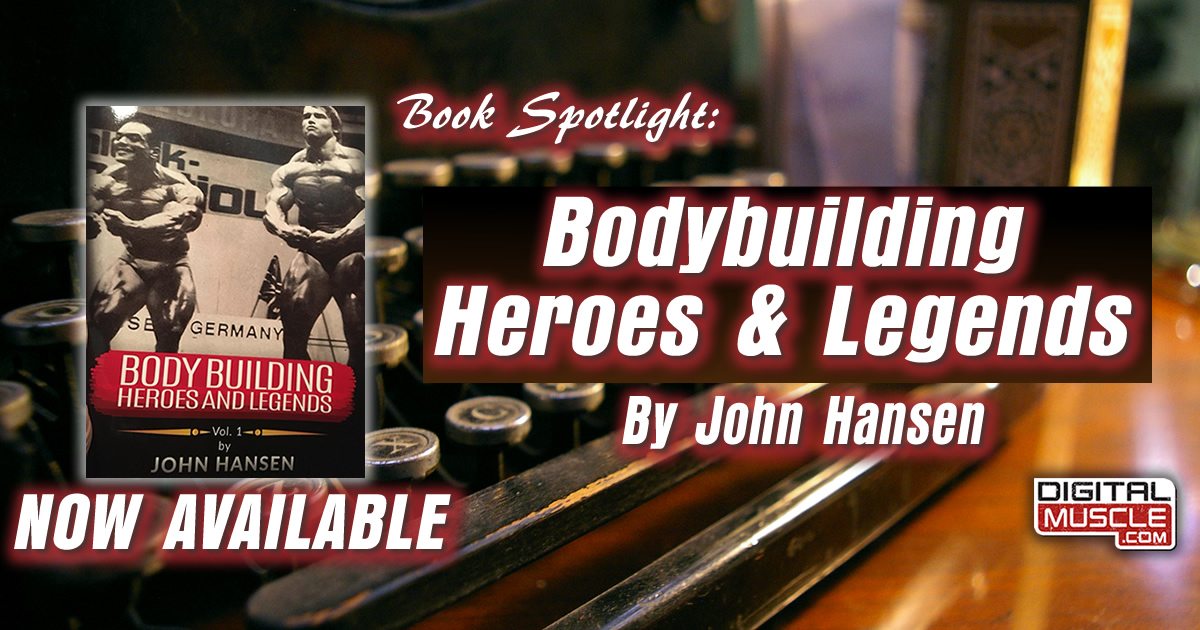 My friend John Hansen is one of the world’s most devoted students of the iron game. His understanding and respect for the rich history of bodybuilding has led him to write Bodybuilding Heroes and Legends, a book of stories chronicling some of bodybuilding’s most defining moments.  John is a former bodybuilding champion and a true storyteller. I recommend this book to anyone who cares about bodybuilding history as much as we do.

Here’s an excerpt from the book sent to us by John. If you’re looking for some good holiday reading (or a gift idea for the bodybuilder in your life) be sure to order your copy now at Amazon.com.  -Dan Solomon

Excerpt from Bodybuilding Heroes and Legends by John Hansen

The Year of Zane

Before the Mr. Olympia finals began, Arnold Schwarzenegger came out and addressed the audience. Although not yet a famous movie star, Arnold was adored as the all-time King of Bodybuilding. With the release of the movie “Pumping Iron” that year and his frequent talk show appearances promoting the film, Schwarzenegger has become the official Spokesman for Bodybuilding. The sold-out bodybuilding audience rose to their feet when their Hero came to the microphone. 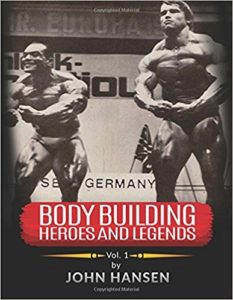 Arnold told the Columbus, Ohio audience how much he loved bodybuilding and how he would always do his best to continue to promote the sport and make it bigger than ever. He then brought Reg Park to the stage to act as the emcee for the evening. The three time Mr. Universe was Arnold’s main inspiration when he began bodybuilding back in Austria and the respect and awe he still felt for Park was evident on his face as he shook hands with his boyhood idol.

Before the competitors came out onstage to perform their posing routines, massive floodlights on each side of the stage bathed the audience in bright light. The audience roared it’s disapproval, shouting “Turn the lights off!”. The lights were necessary so ABC’s Wide World of Sports could film the contest for a future viewing.

Arnold approached the podium in an attempt to calm the raucous audience down. “I know the lights are bright”, he began, “but they are necessary for the TV cameras.” The crowd again began booing in total disagreement with their Leader. Arnold continued. “Whenever the lights come on, the cameras are going to be on you. Let’s show the world what you think of these bodybuilders. The more you scream and the crazier you get, the better it’s going to look when this is shown on TV. Let’s show everyone that bodybuilding is the greatest sport in the world!”
That was it! Arnold’s inspirational speech was all that was needed to completely turn this crowd into a mob of crazy, screaming lunatics. This was their chance to show the world how great Bodybuilding really was. Now, whenever the flood lights came on, the audience jumped to their feet and began screaming, yelling and throwing their arms in the air.

Frank Zane was the first to pose onstage. A veteran of the sport, Zane had been training for over 20 years and had won the Mr. Universe contest several times at this point in his career. His posing routine was perfected to highlight his unique physique. When he did his rear double biceps pose, for example, he tilted his right arm up at an angle instead of performing the pose straight on as everyone else did. His back was a framework of muscular striations and delineations, completely developed from the back of his neck to his waist. This was Frank Zane in the best shape of his life and he and the audience knew it.

Order your copy of Bodybuilding Heroes and Legends Now at Amazon!