Thirty-One years ago the world of professional bodybuilding was coming into their first ever Drug-Tested Mr. Olympia contest in the Windy City of Chicago as 6X returning champion, Lee Haney was closing in on his record tying seventh Olympia Title which he would go onto win and share with legend, Arnold Schwarzenegger when all was said and done.

In 1990, the buzz in the industry was that the newly tested Mr. Olympia contest would under perform and that the athletes size and conditioning would pale in comparison to years past, as many surmised the entire show would be a colossal flop. The enormous size of the athletes had ballooned into somewhat of cartoonish like characters that were on the brink of being physically unattainable by many. 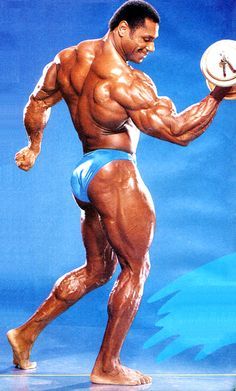 Fans thought the Mr. Olympia was quickly becoming more of a “freak show” to most, while other professional athletes participating in other pro sports were raking in millions of dollars with performances that were not based on their looks but rather abilities which included; Track & Field, Football, Wrestling, Baseball and Cycling to name a few. 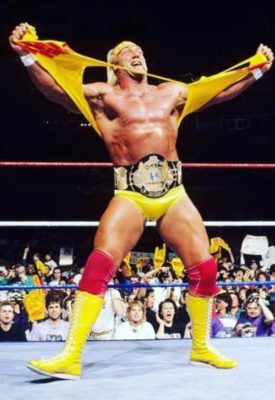 In March of 1990, Arnold Schwarzenegger would co-promote his Second Annual Arnold Classic in Columbus, Ohio which would also serve as the first ever Drug Tested Pro Contest where the Test Results would come in “after” the contest results and event were finalized.

On that note let it be known, I was on the receiving end of victory in this historic event and two weeks later, I was on the receiving end of defeat with a positive drug test result as the subsequent ASC Trophy and Title were both stripped from me and presented to 1st Runner-up, Mike Ashley the newly crowned 1990 “Natural Pro ASC Winner” of the show. Note: 5 other top athletes would fall victim of a “Positive Test” result making quiet a mess of the results of this second year show simultaneously decimating the line-up as witnessed by the Live Audience who would find out in the coming weeks and months later official results of the contest. 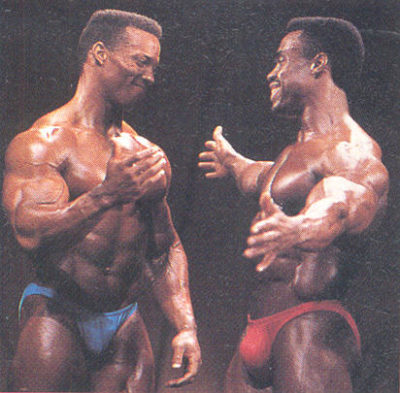 The Steroid Act of 1990, left the IFBB Pro Division with little choice but to Test all the athletes in the coming big shows or not have a contest at all based on new government crack down on steroids in sports.

Anabolic Steroids Control Act of 1990 – Amends the Controlled Substances Act to: (1) establish penalties for physical trainers or advisers who endeavor to persuade or induce individuals to possess or use anabolic steroids; (2) add anabolic steroids as a schedule III substance under such Act; and (3) define “anabolic steroid” as any drug or hormonal substance that promotes muscle growth in a manner pharmacologically similar to testosterone, including specified substances. 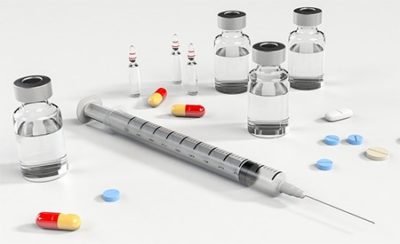 The above mentioned action came on the heals of the infamous 1988 Olympic Games.

Major League Baseball was forced to take a closer look at their players too as records were being shattered and the athletes getting bigger! 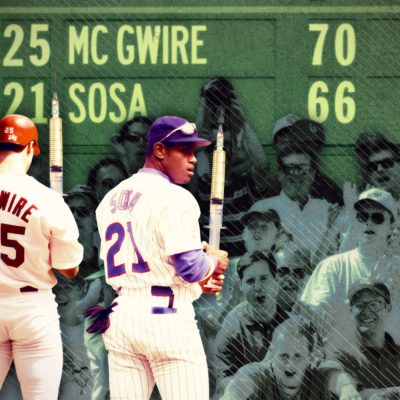 Pro Wrestling was in the news constantly as WWF President, Vince McMahon was facing charges and catching cases regularly for steroids issues throughout the 90’s. 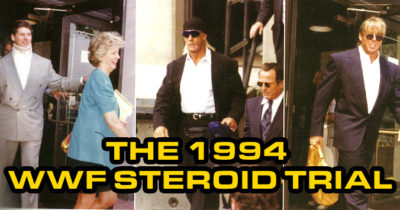 The Forgotten Steroid Trial That Almost Brought Down Vince McMahon
When a urologist from Hershey, Pennsylvania was busted for giving steroids to pro wrestlers, it led to a trial that nearly toppled WWE capo Vince McMahon.
By Dan O’Sullivan

90’s bodybuilders grew inspite of the drug tests, headlines, drug busts and the crowds ate it all up! The Bigger is Better movement was well underway, as the second and final Pro Bodybuilding Drug Tested Contest would be the 1990 Mr. Olympia.
The athletes grew bigger every year thereafter and never looked back! 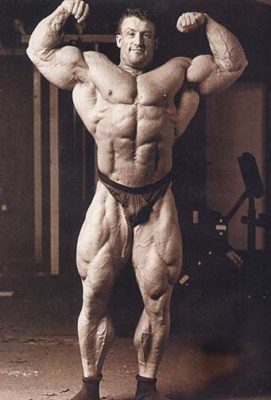 Dorian Yates by way of England, soon became a 6X Mr. Olympia Winner and was deemed the Biggest Winner ever, weighing in over 260lbs in victory!

Dorian would retire in 1997 and immediately be followed by an even bigger, 8X Mr. Olympia Champion in the form of 287lb Winner, Ronnie Coleman! 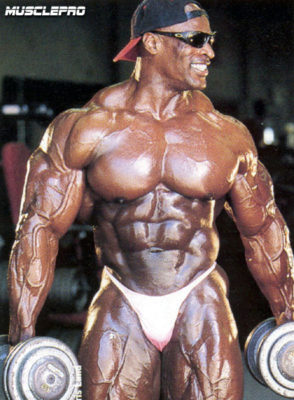 Rival challengers would push the envelope trying to play catch up and level the playing field by adding massive amounts of muscle to their frames like, Nasser El Sonbaty and JP Fux both competed at or near 300lbs along with Paul Dillet from Canada. 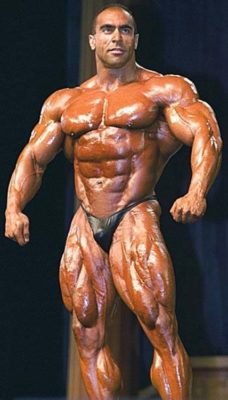 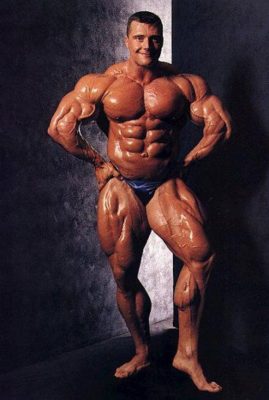 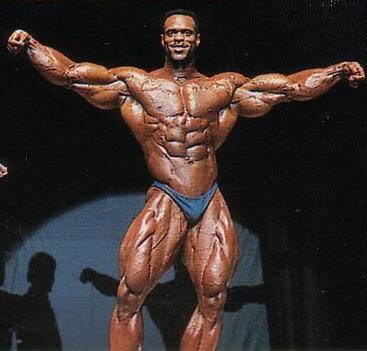 By the close of the 90’s, the athletes would continue to play the size game and many would be rewarded handsomely regardless of having accompanying Balance, Shape or Conditioning but would win on freaky Mass and Size! 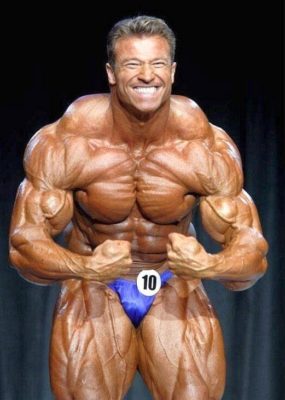 German Giant, Gunter Schlierkamp stood over 6ft tall and weighed in at a paltry 305lbs to ultimately beat Big Ronnie Coleman in the infamous GNC Pro at the start of the 2000’s further pushing the “Size Matters” dilemma smaller bodybuilders found themselves in effectively minimizing their future in a Big Mans game of Muscle Madness and the Judges who were intoxicated on Size and their rewarding of it!

1990’s Bodybuilding standouts like, Kevin Levrone, Flex Wheeler and myself would all retire from the stage primarily due to simply not being Big enough rather than being recognized for simply being better. The game would change forever how the Fans would view the sport as these Hall of Fame Athletes would not be rewarded on the Mr. Olympia stage creating arguments for each that could be made, as to how and why they should have at-least one or more olympia titles in the bank. 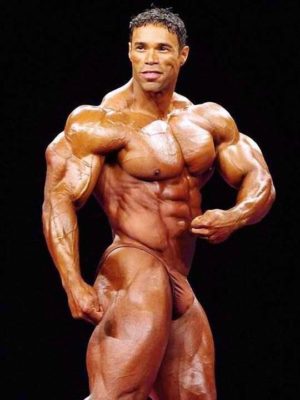 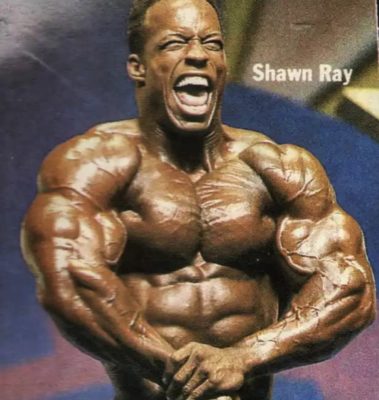 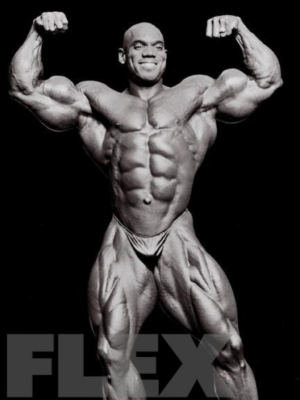 While the 90’s I believe, were the “Golden Years” in pro bodybuilding where legendary athletes will forever be synonymous with epic battles and posing clinics that are mimicked to this day for their professionalism and innovative styles, let it be known the comparisons will continue for as long as bodybuilding exists as to which era was best! 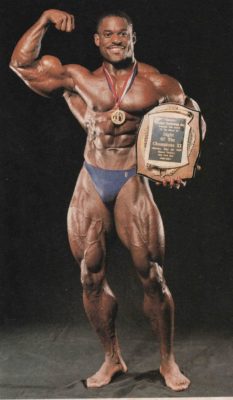 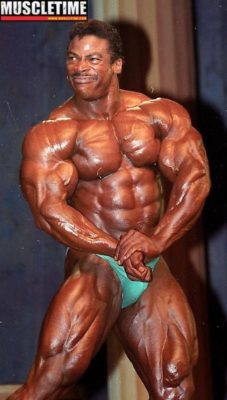 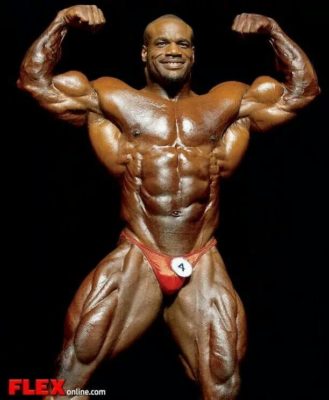 Names like; Vince Taylor, Aaron Baker and Chris Cormier conjure up images of Beauty, Grace and Style not drugs and not enormous Size. These athletes mobilized more fans to become competitors than any other generation of Bodybuilding in our sports history!
In summation, the 90’s were loved by many not just for the changes in the early part of the decade but for the emergence of the future Hall of Famers to come out and survive the decade yet still thrived on since then.
While some great athletes didn’t survive the 90’s for various reasons like; Momo Benaziza, Andreas Munzer and Ray McNeil to name a few. 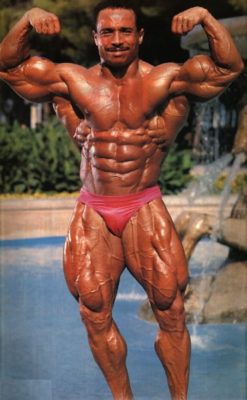 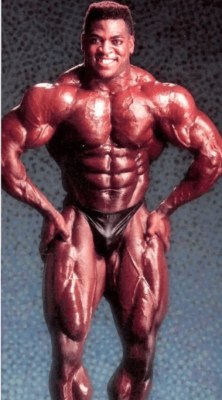 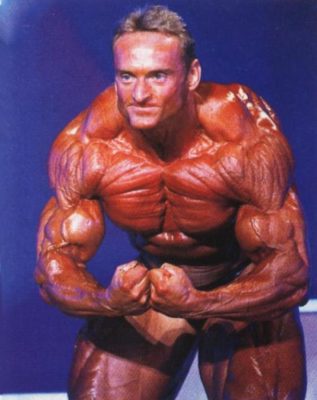 The 90’s athletes, bodybuilders and fans will remember a decade of competitiveness and freakish size but with a very clear reminder that only 3 men lay claim to the Mr. Olympia Title: Lee Haney, Dorian Yates and Ronnie Coleman whom all stood 5’10 in height and over 250lbs to nearly 300lbs in victory.