The Remarkable “D4” Dan Eslinger – Winner of the Purple Heart!

Dan Eslinger’s life makes for a hell of a story, and the most striking thing is the way he marches forward – ducks, rolls, and pushes forward again, kind of like a human tank!

The 6’3” Army combat vet and Purple Heart recipient served with the legendary 101st Airborne before coming home to Florida to become a champion bodybuilder. He may just be the next big thing in training. 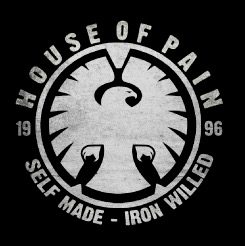 I call him the gung-ho guru because the one-time high school football defensive end is the most enthusiastic and positive person I’ve met in the fitness industry in a long time—and that’s saying something. His D4 team of physique-contest athletes stands out from the pack. Just ask, and he’ll be happy to tell you all about it.

I recently sat down with Eslinger for DigitalMuscle.com and I was delighted to get to know a man on the brink of becoming the next big thing in the growing category of elite-level physique trainers.

You are drawn to things that require extreme discipline—football, the military, bodybuilding. Where does that come from?

Eslinger: As a child, while I wasn’t dealt the worst hand, I wasn’t exactly dealt the best one either. My father was in law enforcement, but my biological mother struggled with a lifelong drug addiction. Maybe my father and mother (I don’t like to use the term “stepmother” because she was responsible for raising me) deserve the credit for assuring that I didn’t steer off of the beaten path like my biological mother did. The strict environment I was raised in made it all too easy to succeed in those types of physical atmospheres.

When did you decide you wanted to join the Army, and why, specifically, the Army?

Eslinger: By the time I was 18, my father was up to his neck with me. While I don’t see myself as having been a bad kid, I had two sisters very close in age, and I think by the time I started sowing my wild oats like any normal young man, my parents were pretty much pulling out their hair.…Inevitably, I joined the Army where I could choose my job and leave for basic training right away. My grandfather pushed me towards computers, but I chose the infantry. He wanted to lead me down a career path, while I wanted to do something cool. My, my. If only I’d known what life had in store.

Talk a little about your military service. You were in Kentucky and then were sent to Iraq, correct? Were you also in Afghanistan?

Eslinger: That’s correct. I joined the Army October 27, 1998. Of course it’s no secret that America went through a very heinous and terrorizing event the morning of September 11, 2001. Being an infantryman in a rapid-deploying division like the 101st, on October 17, 2001, I was the 72nd soldier on ground to help infiltrate and invade Khandahar, Afghanistan. While I was in Afghanistan, President Bush put a stop loss/stop movement in place—no soldiers were going home, and no soldiers stateside were being deployed overseas. As my luck would have it, the President decided to invade Iraq. Since I knew I wasn’t going home, and hoping Iraq wouldn’t be as violent, I volunteered to take part in the operation that was later known as “shock and awe.”

We’ve heard that you were wounded by a roadside bomb in 2005, and you’ve said that you got the desire to compete after that. What brought out the beast?

Eslinger: The Army made it very clear that it essentially makes you less of a soldier if you’re wounded at the hands of the enemy. In combat drills they would emphasize, “What kind of soldier are you, the quick or the dead?” I felt as though getting wounded in combat made me a substandard soldier. Wanting to do something that would be looked upon as insanely difficult and provide visual proof of its difficulty, I set out to bodybuild.

What else changed for you after that day?

Eslinger: Everything. I came home from Iraq a totally different person. I was vibrant, happy, caring, patriotic—I became cold and bitter. I also became sensitive to others, compassionate about children and the elderly, so I changed some for the better, some for the worse.   Let me make it clear—I have zero regrets. If the events had never happened, I wouldn’t have my wife and two beautiful children—Jordan (eight) and Landon (two). I would be leading a life that included partying and alcohol, most likely single, and would have never committed to fitness in the way I did.

As an amateur superheavyweight, you amassed a string of victories in the NPC. When did you start competing—and are you still looking for a pro card?

Eslinger: I started competing full time in 2009, which was still a little premature after my injury. I amassed three top-three finishes in national qualifiers, so I would say my transition from Army greens to bodybuilding trunks was looking bright. In 2012, I embarked on my quest for a pro card. I was fresh off of a few articles in Flex and Muscle & Fitness, and I felt healthy for once. I thought it was my time.

Instead, you suffered an injury—two ruptured disks in your neck—and surgery to fuse your spine?

Eslinger: Yes, my bodybuilding career was over, but I still look back and consider myself lucky, I was able to take the negative impacts of war that many can’t live with and at least turn them into a positive and set examples for the other veterans experiencing the same or active soldiers not to be afraid to channel that negative anger and adrenaline into something positive.

How did you go from athlete to coach?

Eslinger: I had a severely hard time coping with the fact I could no longer compete. I knew if I didn’t stay active in competition, my rage would revisit me. So rather than go back down that road, I thought I would take my genuine desire to help people and assist them in becoming the best they could be.

It helps my heart heal knowing I am making difference, but in a different way—no guns, but all glory. I get to compete vicariously through my athletes. Seeing that victory smile is priceless.

What led you to start your training business D4 Muscle, and how is it different from other teams?

Eslinger: My company was founded on four basic principles—to put elite, physically superior athletes onstage through their determination, dedication, desire, and discipline. I wanted to provide a team environment where the needs of the athlete come first. They will have me present at every show and present in every aspect of their show prep. I want them onstage with no doubt of what the outcome will be. There are many teams and coaches who take a financial philosophy first, and that’s okay. Everyone has to eat, but I’m taking a different route with D4Muscle. I am finding the middle ground in helping them become the best they can possibly be while making it affordable. D4Muscle will never be the biggest team in bodybuilding. It will be the most successful though.

Describe your approach to contest prep. How do you vary it for, say, bodybuilders and bikini competitors?

Eslinger: For bodybuilders I use a more traditional classic approach—high carbs, high protein, low fat and a low-intensity cardio routine. Well fueled, well rested, and well trained—add them together, and you have a damn good bodybuilder, assuming the athlete has a decent gene pool. For bikini, the diet tends to be a little more flexible and less extreme. It’s a sport derived from bodybuilding, so it does have a degree of difficulty, but it stems from the science of packing a tight package in a tight, tiny frame. One thing that both divisions have in common is, they both require the same level of dedication. Cardio, weights, diet, sacrifice from family and friends, and an extreme level of dedication are ultimately required, no matter what the division.

Are there any other endeavors or affiliations we should mention?

Eslinger: I’ve been fortunate to have a few major companies who’ve backed the D4Muscle brand. First and foremost, Mr. Jimmy Mentis of Beauty Fit Nutrition saw something in me when I was brand new and signed D4Muscle to a contract of exclusivity, along with a few of my athletes, including perennial IFBB Pro Danielle Hampton. The Kaufman family, of Protan USA, have backed my athletes, along with Premier Pharmaceutical.

Final question: Some articles that have been published about you have called you a hero. What are your thoughts about wearing that mantle?

Eslinger: I’m not sure how I feel about it. When I wake up in the morning, a hero is the last thing I see. I was honored to serve this great nation with men that I see as heroes when I close my eyes. If that is what people see when they call me that, I can only wear that title with the best of my ability and try to live my life with the expectations that come with it.

Have you visited the DigitalMuscle.com Master Archive?  It’s LOADED with great content covering all corners of the fitness and bodybuilding lifestyle. Check it out!!