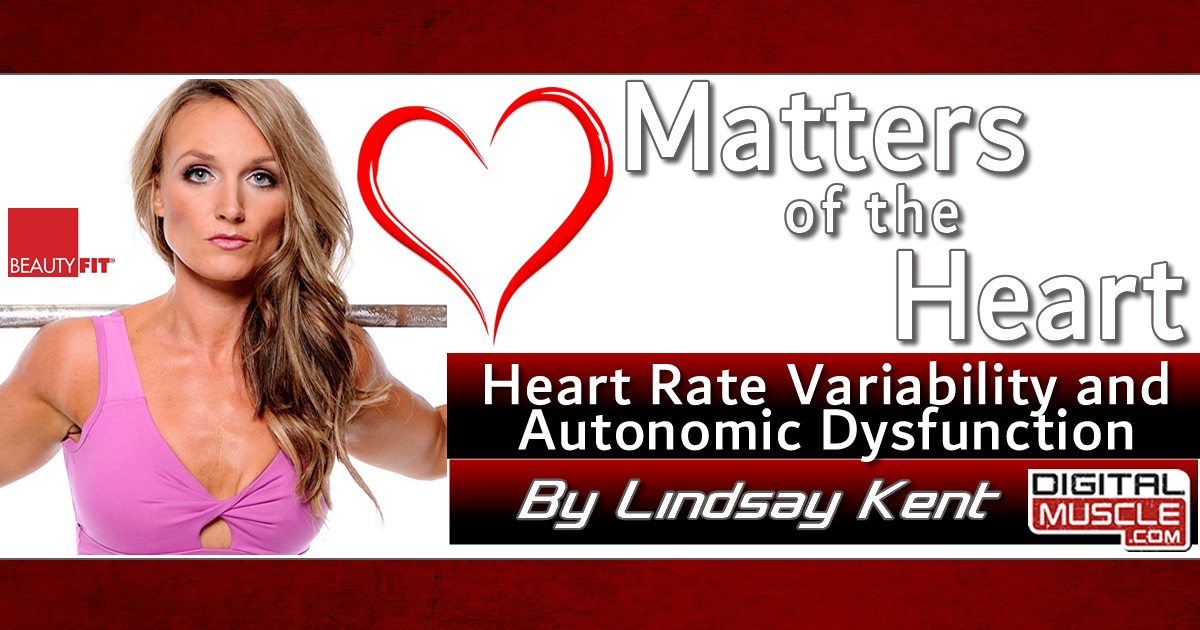 Heart rate (HR) is controlled by the two arms of the autonomic nervous system. Normal resting heart rate ranges from 60 to 80 beats, and those who exercise regularly have ranges much lower, from 35 to 50 beats per minute. When you begin to exercise, your body releases the neurotransmitter acetylcholine, which disables the parasympathetic nervous system, slowing the HR. In response, the sympathetic nervous system kicks in, releasing two key hormones, epinephrine, and norepinephrine, which help accelerate heart rate. The two arms of this system work to find homeostasis, so if one arm is dominating, the other will increase its activity to establish balance. An imbalance between the arms of the autonomic nervous system can potentially lead to unfavorable heart rate variability and other negative health markers.

As suggested, heart rate variability (HRV) is linked to autonomic imbalances, and studies have examined HRV to identify the potential for such imbalances, especially in those who work out consistently and train intensely. Researchers specifically looked at HR variability overnight and upon awakening; this testing is called the Cardiac Autonomic Modulation. One study examined 12 overtrained female athletes and 12 control athletes (six men, six women). HRV was monitored overnight, between the hours of 12 a.m. and 4 a.m., and then five minutes after awakening at 7 a.m., while the subjects were lying in the bed.

The results indicated no change in HRV overnight, but there was a significant decrease when the subjects awoke, suggesting a disturbance in the autonomic nervous system with a decrease in the parasympathetic arm. This study suggested an increase in the sympathetic arm as well, also indicating an autonomic imbalance. Therefore, HRV could be used as an important marker for identifying autonomic imbalances, enabling trainees to adapt their training protocols.

Disturbances in the autonomic nervous system present themselves with different markers. If you are experiencing any of these symptoms, you may have an imbalance. When there is a dysfunction in the parasympathetic arm, the symptoms may include bradycardia (abnormally slow heart rate), loss of motivation, depression, and fatigue. Sympathetic-arm dysfunction presents itself in symptoms that are almost the opposite, including restlessness, tachycardia (an abnormally rapid heart rate), agitation, insomnia, irritability, and hypertension.

By carefully monitoring several of these markers, as well as heart rate, you can make changes to your training protocols, including rest and recovery.

It’s important to note that other factors can contribute to heart rate variability, like caffeine, alcohol, acid-overload in the body, and overtraining. Maintaining regular exercise and sleep patterns, avoiding a dietary load of acid, and practicing restorative techniques such as meditation are a few techniques that can help to keep HR in the normal range.