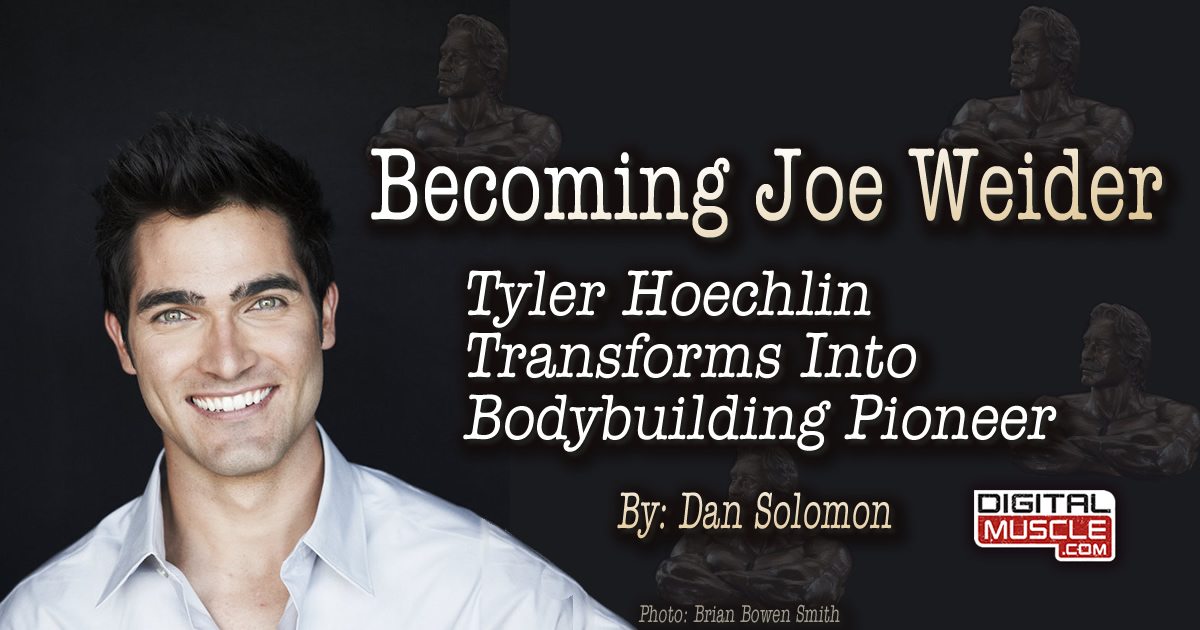 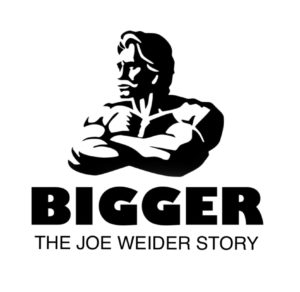 When we first conceived the idea of turning the improbable story of Joe Weider into a scripted, feature film, we knew there’d be challenges. Among the most daunting tasks would be identifying an actor with the chops to play the lead character, a notoriously complex visionary whose story begins in 1920’s Montreal beneath the fog of poverty, antisemitism, and a mother who struggled to love him. Hollywood insiders questioned whether producers of BIGGER would be able to secure a leading man with the transformative range to deliver on all the peculiarities, emotion, and marginal eccentricities of a man whose crusade was as unique as the accent in which he spoke. Weider died in 2013 at 93 years old.

After an exhaustive process to identify the perfect Joe, Producers Steve Lee Jones and Scott LaStaiti struck gold when they landed Tyler Hoechlin to play the part. “Tyler has that rare combo of athleticism, good looks and smarts that has mega-stardom written all over him.” Jones explains, “He’s a former athlete with a fire in his belly and it beams from his eyes, a perfect, relentless Joe Weider.”

When Hoechlin was just 13 he earned praise as the central character with Tom Hanks in ROAD TO PERDITION, a film that also featured Paul Newman in his final role. The former college baseball player would later star in the TEEN WOLF series before scoring the coveted role of Superman in the popular SUPERGIRL series. Critics called him the second best Superman they’d ever seen. Beneath his superhero good looks, Hoechlin is a professional in every sense of the word, poised to take full advantage of the kind of circuitous role that scores Oscar nominations for actors of his ability.

When I arrived on set for the first day of shooting I was quickly taken aback by the 30 year old’s understanding of his subject. A relative outsider to the bodybuilding world, Hoechlin was a remarkably quick study, grasping the nuances of the man who turned a 15 cent newsletter and a relative pipedream into a billion dollar industry. Among the more obvious challenges would be re-creating Joe’s often imitated speaking voice, a unique blend of Polish and French Canadian that gave way to a sound that still baffles even the most skilled linguistic experts. Unfazed by the task, Hoechlin nailed it.

Executive Producer Eric Weider, the nephew of Joe, has been impressed by Hoechlin’s portrayal of his iconic uncle. “Tyler is doing a fantastic job capturing the essence of Joe, his determination, and his relentless pursuit of his vision.” Eric’s father Ben (Joe’s younger brother) is portrayed in the film by talented Welsh actor Aneurin Barnard who recently earned praise for his role in the big budget action-thriller DUNKIRK.

While most actors tend to concern themselves only with the merits of their own performance, Hoechlin’s dedication to this film is far broader. During most days on set the California native can be spotted huddling with Director George Gallo, examining the authenticity and period-relevance of each moment, while exploring opportunities for the next scene and for his fellow cast members. It’s easy to observe that Hoechlin may someday add Director to his resumé, but for now it’s clear that the film’s leading man is well on his way to becoming one of Hollywood’s biggest attractions….and Joe Weider wouldn’t have had it any other way.