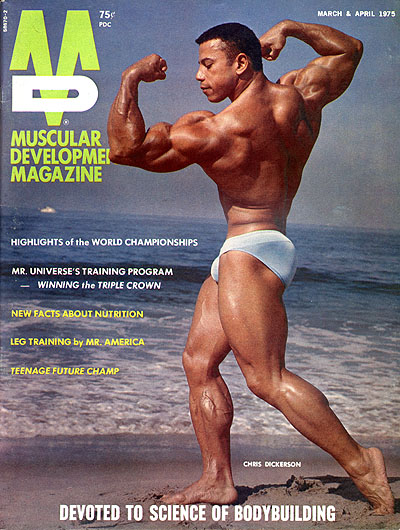 Chris would go on to compete in four different decades from the 60’s into the 90’s while racking up victories like Mr. America, Mr. Universe and ultimately Winning the Mr. Olympia in 1982 as the oldest champion at 43yr old.

This future Mr. Olympia champion is very intelligent and a well read historian of the sport who was also a classically trained Opera Singer, Television Commentator and a disciple of legendary bodybuilding star, Bill Pearl his mentor, trainer and dear friend.

Besides winning the ultimate title of Mr. Olympia, Chris was also 1st Olympia Runner up in 1980 at the controversial Mr. Olympia victory at Arnold’s final competition in Sydney, Australia and again at the subsequent 1981 victory of Franco Columbu prior to actually winning the 82’ title once and for all!

I would meet Chris Dickerson when I was 18 years in 1984 at a photo shoot he arranged for me with then publisher and photographer of Ironman Magazine, John Balik in Venice Beach, California. It was my first professional Photoshoot that would subsequently lead to a second shoot in 1986 when I turned 20 years old and placed second in the Jr. Nationals. During this shoot it was in this moment that Chris would declare, “ I’ve found a mini version of myself and a future superstar in the making.”
Needless to say, I bought into what he told me and set out to follow in his footsteps.

Earlier this month legendary bodybuilder, Bill Pearl put out a statement Via Facebook that Chris had fallen, broke his Hip then suffered a Heart Attack at the age of 81.

Chris had issues with his knees and hips for sometime, walking with a Cane to stabilize his balance while continuing to receive accolades in retirement from the likes of Florida Promoter, Tim Gardner who presented Chris with the Ben Weider, Lifetime Achievement Award joining 6X Ms. Olympia. Cory Everson and 8X Ms. Olympia, Lenda Murray. 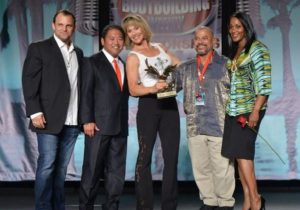 We here at Digital Muscle Media send our thoughts and prayers to the champion for a speedy recovery!

Chris Dickerson was formally inducted into the IFBB Pro Bodybuilding Hall of Fame in the year 2000. 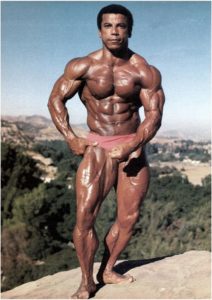 • Watch Chris get inducted into Muscle Beach Hall of Fame in 2014 here: