A More Honest Look at Laziness 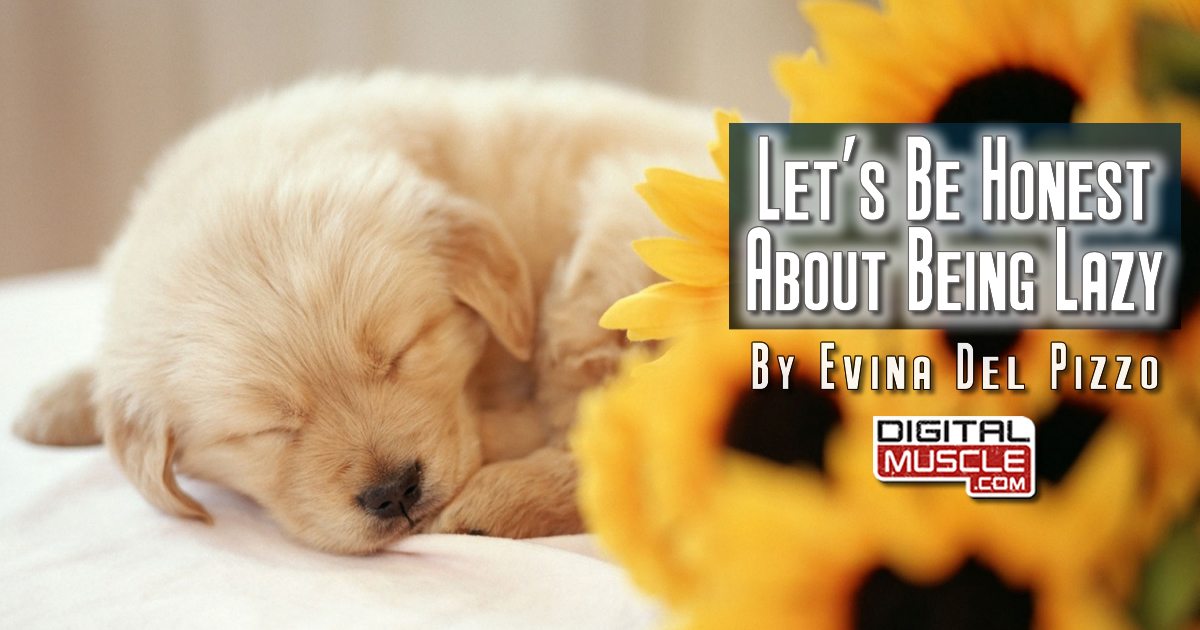 Every couple of months, I conduct an online survey of clients and others, looking for feedback about people’s fitness goals. I generally don’t attach my name because I don’t want their answers to be influenced in anyway. I want honest feedback. One question is, what is preventing you from getting to your goals? The number-one answer is, “laziness.” I thought about that for a while. What exactly is laziness? The dictionary offers a broad definition, but the answer to the question goes deeper than that. Is it really laziness that keeps people from their fitness goals, or is it something deeper?

For me, being lazy means taking a mental health day. Every once in a while I will take a day to take care of the mental stress that can come from work, lifting, marriage and life in general. These lazy days are usually less physical than my regular routine. I may go to the mall and wander around without buying anything, catch up on Netflix shows or my DVR queue, lie on the couch or even take a nap.

Let’s get one thing straight, though—it’s not a weekly thing. I don’t just melt into the couch every Saturday or Sunday. When I feel myself getting overly stressed or run down, I know I need some time to take care of me.

Also, I still have to do my chores or anything else that needs to be done. I usually take my lazy day when all my work is finished (even though it never really is), and I find that I have a whole afternoon for myself, which is rare. The benefit is that it’s easier to refocus the next day on my dreams and goals. I am a better coach to my clients, a better manager of my business, and a better person to my husband and others. That’s what being lazy means to me.

For others, laziness is an excuse for not achieving a goal or, worse yet, not setting one. Too often I hear people explain that they have not accomplished something because they are “lazy.” Let’s face it—laziness is a word that we throw around because it is relatable. Who among us has not concluded that we were lazy when we have not achieved something? If we want to be honest, we’ll admit that it’s not laziness; it just wasn’t a priority. If a goal or dream is important, we will accomplish it. That’s true across the board.

Have you ever accomplished a goal or a task because your determination outweighed your laziness? We all can recall those one or two times when we were so determined to accomplish something that nothing was going to stand in our way. So, if the goal was to run a mile every day for our favorite charity, we would be out running everyday, regardless of the weather, time, or how tired we were. Laziness would not be an option.

Whether it is reaching a fitness milestone, eating healthy, or something as simple as finishing the day’s homework, we all experience situations in which laziness is not an option. We are not lazy when it comes to things that we find important. So, when we don’t reach a goal and we write it off as “laziness,” we’re setting ourselves up for continued failure by not being honest with ourselves. We’re not lazy; we’re just not passionate. People who don’t go to the gym and lose those dreaded holiday pounds aren’t lazy; losing those 10 pounds is just not a priority. It doesn’t make them bad people—so let’s not get on the shame train. Sometimes people just need a little push.

Of course, I’m speaking in generalities, but in my experience, there is no such thing as lazy when something is important. If finding a new job with better benefits is important, it is going to happen. The same goes for those 10 extra pounds. Instead of chalking it up to laziness when we’re not consistent in the gym or with our diet, maybe it’s time to reassess what’s important to us. What will it take for us to give those 10 pounds top priority? A wedding? A high school reunion? A health scare?

The bottom line: Don’t confuse being lazy with not making something a priority. When you want it badly enough it will happen. And don’t forget to take a “lazy day” when you need it. It’s a key to managing all the stresses that gang up on you in life—and meeting the goals that are important to you.