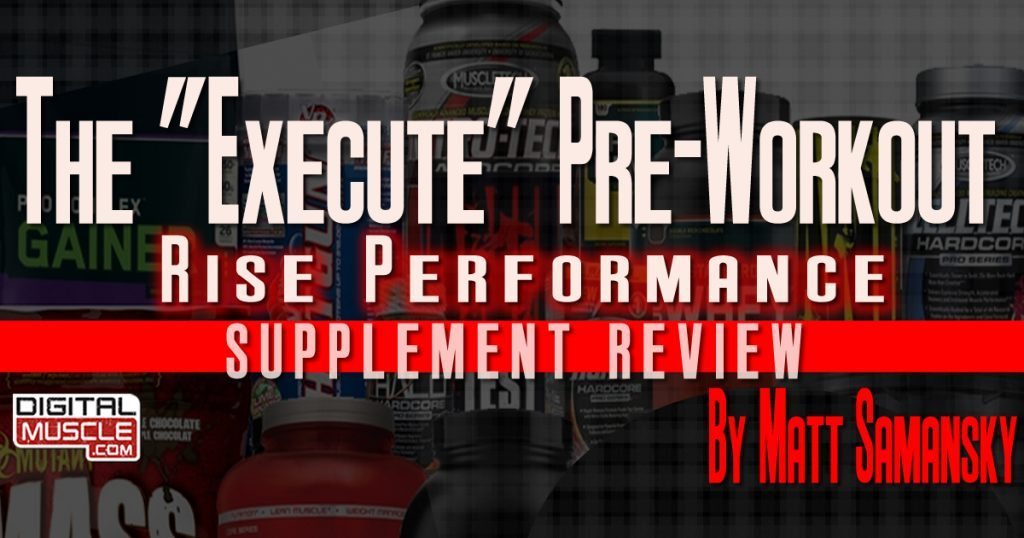 By Matt Samansky Supplement Review Editor  How can new supplement companies diversify their product line when it’s part of a market flooded by thousands? Rise Performance is one of these young companies that hopes to deliver a new concoction to the pre-workout genre. I was lucky enough to acquire a sample of their debut offering, […]

By Dan Solomon The supplement industry, it’s loaded with dynamic personalities, risk-takers, and innovators. Over the years I’ve gotten to know many of them. No two are alike. Some have achieved ungodly wealth while others have struggled to survive beyond the first year.   The real trailblazers are the company owners, those courageous men and women […]

By: Matt Weik There’s so much negativity surrounding the sports supplement industry these days that it’s about time some positive news is shared. It seems like everyone wants to take a shot at the dietary supplement industry – whether it’s for bogus claims, fake studies, tainted products, placebo effects, high prices, poor quality, fairy dusted […]

Cramps: The Science and a New Solution?

By: Matt Weik Most everyone has experienced a muscle cramp in their lifetime. Some are short-lived cramps while others are the kind that seem to come from the fiery depths of HELL. The 411 to avoid 911 We watch our favorite athletes sometimes come out of a game or a match with what appears to […]

By: Matt Weik If you’re anything like me, you get excited to take your joint and bone support supplements every day (can you smell the sarcasm?). I keep them next to my bed on the nightstand so I can wake up to the bottle every morning.  You know what I’m talking about, right?  It’s exciting […]

Soy Story: Dr. Kalman Reveals What You Need To Know!

By Douglas Kalman PhD, RD, FACN Nutrition Editor “Soy”, just saying that word, the shortened descriptor for a healthy legume in some circles, can get you in trouble. Can you imagine that? For the past twenty or so years, soy has been thought predominately as a “female” protein. A protein source that was to solely […]

By Matt Samansky Supplement Review Editor In 2006, USP Labs unleashed Jack3D, a product now revered among the best of supplement lore. Why was this pre-workout so popular and what made it so effective? Its success was attributed to its incorporation of an ingredient known as 1, 3-Dimethylamylamine. Put simply, 1, 3DMAA is an extremely […]

By: Matt Weik Not too long ago I wrote an article about how the nutrition labels found on packaging could soon have “exercise equivalents” on them.  The reason for this addition is to make people aware of how much someone would have to exercise in order to burn off a serving of whatever product they […]

By Matt Samansky Supplement Review Editor BCAA’s have been a staple of the supplement industry since the turn of the century! For the sake of getting scientific, amino acids are the building blocks of proteins. As you chew on your chicken breast, not only are you ingesting dozens of grams of proteins, but thousands of […]

Are Allergy Meds Killing Your Gains?

By: Matt Weik Yes, you read the title correctly. Your over-the-counter allergy meds could actually be diminishing your potential muscle gains.  Now don’t read this and say “I don’t care how bad I feel, I’m not taking any medication for my allergies.”  That’s not what this article is all about, nor does it make sense […]

By: Matt Weik We’ve all been there. Or we had friends growing up that were well… short.  Many of them got picked on for their size or picked last when playing ball on the schoolyard.  Heck, looking at bodybuilders today, it makes you wonder if they were one of the smaller kids growing up since […]

Good News for the Sleep Deprived

By: Matt Weik Who doesn’t like sleep? Those fond memories of college where you could sleep in till noon without a care in the world so long as you didn’t have an early morning class.  You’d stay up all night partying as if the morning would never come.  Ok, I’m getting sidetracked – daydreaming of […]

Supplement Commentary: The Future of the Pre-Workout 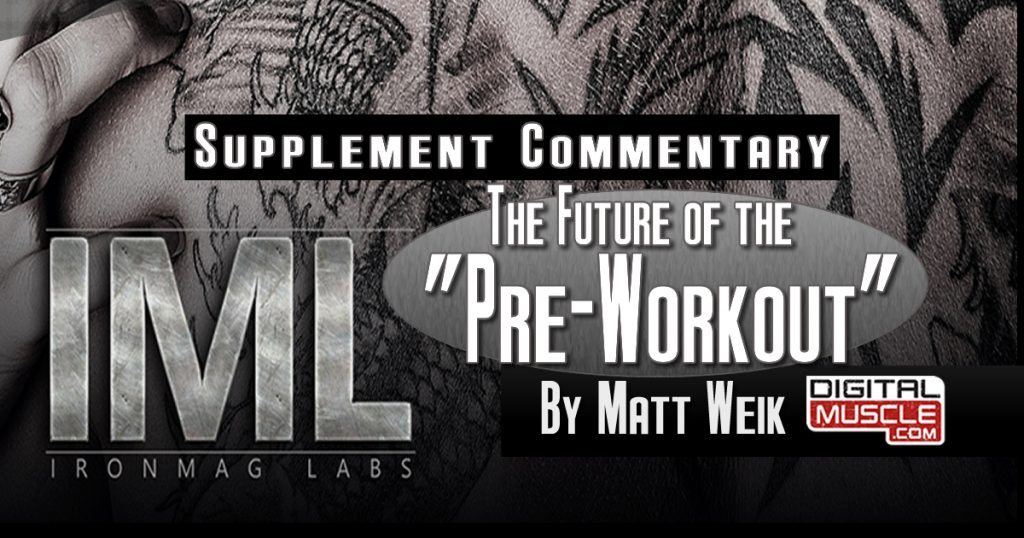 By: Matt Weik We live in a world where people who use pre-workouts are focused only on one thing — stimulants.  That’s right, they want to feel jacked up.  They want to feel as if ants are crawling under their skin, that tingly sensation telling them their pre-workout product is working.  If they don’t feel […]

Report: Big News For Your Joints! 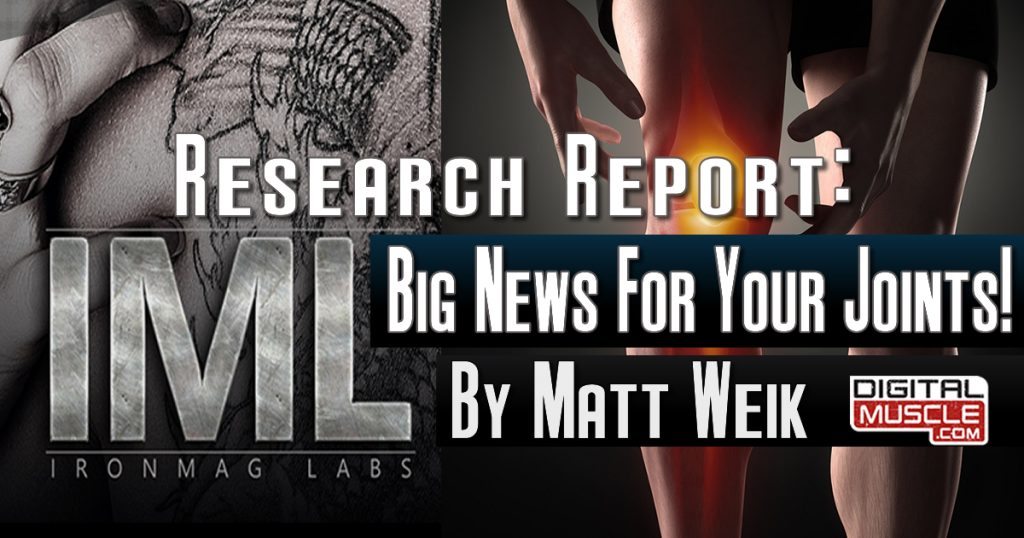 By: Matt Weik When it comes to sports injuries, most occur from wear and tear as well as damage done directly to our ligaments and tendons due to force exerted on the body either by another competitor or the playing field itself. The amount of stress and demand put on our joints and ligaments is […]

By: Matt Weik We all know how lucrative and how LARGE the supplement industry has become. Innovation keeps the industry growing and exciting.  As research is made public, everyone is rushing to come out with something new and be the first to market.  Speaking of which, a study has been released that shows some impressive […]