The Tijuana Affair: From the New Book by John Hansen

Editor’s Note: This article by John Hansen is from his new book, “Bodybuilding Heroes and Legends”.  John serves as Digital Muscle’s Natural Bodybuilding Editor and is one of the bodybuilding world’s true storytellers.  Please join us in congratulating John on his new book.  We hope you enjoy this excerpt, a classic story of time Sergio Oliva challenged Arnold Schwarzenegger! 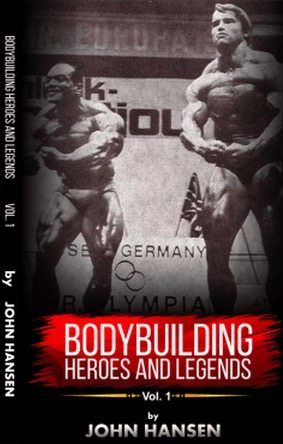 As the 1973 Mr. Olympia approached, bodybuilding fans all around the world eagerly anticipated another classic Arnold-Sergio showdown. In the October, 1973 issue of Muscle Builder magazine, Ricky Wayne wrote an article titled “Sergio Will Win!”. As Wayne boldly predicts in the opening paragraph, “… I strongly suspect that by the time this little opus has been converted into print for MUSCLE BUILDER, Sergio Oliva, the erstwhile enfant terrible of bodybuilding, will have repossessed his Mr. Olympia crown.”

Later in the article, Wayne also writes (quite ironically as circumstances will soon reveal), “By all accounts, his losses in the last two or three years have registered no obvious adverse effects on Sergio Oliva. Possibly, some say, defeat may have resulted in the more “together” head which now rests on the powerful shoulders of the Cuban emigre.” Furthermore, Ricky goes on to stir the pot a little more by concluding that “Arnold was visibly shaken when he set eyes on Sergio last year. He will faint this time from shock!”.

Weeks before the 1973 Mr. Olympia was to take place in New York, many of the best West Coast bodybuilders from the IFBB traveled down to Tijuana, Mexico to compete at the Mr. International competition as a warm-up to the main event at the Big Apple. Held in Tijuana for the last ten years by promoter Eddie Sylvestre (the winner of the first IFBB Mr. Universe contest in 1959), the Mr. International routinely featured top amateur bodybuilders from all over the world.

Imagine the surprise on the bodybuilder’s faces when three time Mr. Olympia and one of the best bodybuilders in the world showed up on that hot day in August to contend for the title! Sergio Oliva decided that he would like to add the Mr. International title to his already impressive resume just because he could.

As the sole entry in this division, Sergio turned to the audience and focused his gaze on Joe Weider and Arnold Schwarzenegger. The magazine publisher and the current Mr. Olympia had traveled from California to watch the event and were as surprised as everyone else that Sergio had shown up to trounce the competition. With the crowd firmly behind him, Oliva challenged Schwarzenegger, a former Mr. International winner himself, to come up on stage with him to see who was the “best built man in the world”.

Feeling that Weider had stacked the deck against him at the 1972 Mr. Olympia by choosing the judges that would eventually pick Arnold as the winner, Sergio wanted a showdown with Arnold on more neutral ground. Weider quickly advised Arnold to stay in his seat and ignore the challenge by Sergio.

In the January, 1974 issue of Muscle Builder magazine, Joe Weider wrote about the incident in an article titled “Let Me Tell You a Dirty Story”. Weider writes that he went to the microphone and “explained to the audience that Sergio was up to one of his old tricks again, and that it was impossible for Arnold to compete because he was already committed to the “Mr. Olympia” contest in New York where the world’s best built man would be decided.”

Sergio wouldn’t have it. He spoke directly to the audience and pleaded with them in both Spanish and English to back him up in an attempt to urge Arnold onstage with him RIGHT NOW! The bruised pride of Oliva was itching for a final showdown with the man that he felt he was physically superior to. He knew he had no chance of beating Arnold in New York but he was more than ready to face him on stage here, mano a mano, in the friendly venue of Tijuana, Mexico!

As a consolation prize at the 1973 IFBB Mr. International contest, Franco Columbu, who was seated with Weider and Arnold, agreed to go onstage to meet Sergio in a showdown. The massive Sardinian, who was also in preparation for the Mr. Olympia contest only weeks away, was in fantastic condition but was no match for the incredible Oliva. After Sergio and Franco were both given the opportunity to pose for the cheering crowd, the promoter Eddie Sylvestre took the stage. He raised the arms of both Oliva and Columbu, declaring the contest a draw. Sergio, however, with the crowd of supporters behind him, believed that he was the winner.

Bodybuilding Heroes and Legends: Volume One – Click to Purchase!