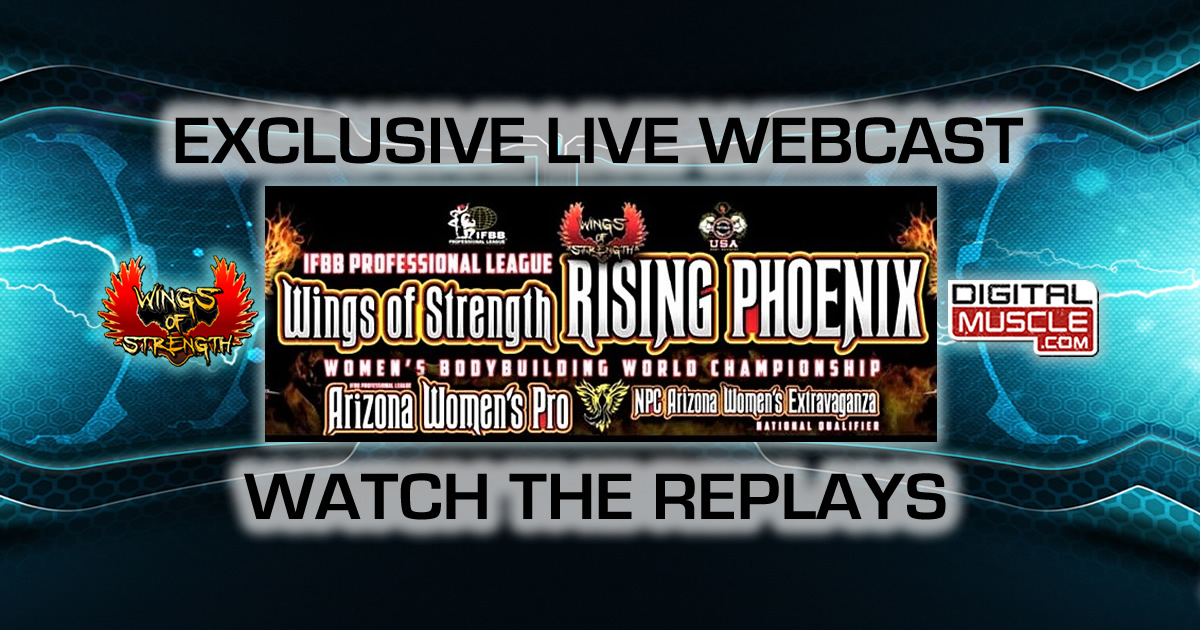 A rousing battle of champions and a powerful display of muscle in motion comes to the Wild Horse Pass Hotel & Casino in Chandler, Arizona, when the most muscular females on the planet vie for the 2019 IFBB Wings of Strength Rising Phoenix World Championships on September 6-7.   At stake is $100,000 in total prize money—$50,000 to the winner, plus all that goes with being hailed the best built woman bodybuilder in the world.

The title is open, as Alina Popa, last year’s champ, will not defend her crown. Two former winners, “Marvelous” Margie Martin and Helle Trevino, are pumped and ready to take her place, but with 18 shapely superwomen set to compete, anyone can hit her peak and flex her way into the money.

Nobody knows the field better than Popa, who left her posing suit for a full-time job at Wings of Strength, the Jake Wood company that’s responsible for the spectacular revival of competitive women’s bodybuilding over the past five years. Alina now spends her days organizing bodybuilding events rather than prepping for them. So, who better to consult for an onstage view of the top contenders that will be trading biceps shots in Arizona.

For all the talent, the action is likely to come down to Martin and Trevino, who are on another level in terms of the total package of size, symmetry, and conditioning. The pair has been mixing it up every which way since the Rising Phoenix was born in­ 2015. Martin won in 2015 and 2016, while Trevino took the title in 2017.

They are the polar opposite physiques: Trevino with her sleek muscular lines, and Martin with her full, shapely muscles and X-frame. Last year Martin was second to Popa, while Trevino missed her peak and landed in fifth.

This year Martin won at the Omaha Pro and the Toronto Super Show, while Trevino saved it for the season’s end and scored a decisive win at the Tampa Pro. What will happen when they meet again at the big show?

“Helle brought in her waist for Tampa,” says Popa. “She was in very good condition, the condition that she lacked last year at the Rising Phoenix. Her plan is to come three pounds lighter than that and even more shredded condition. On her frame that’s going to be insane.”

Conditioning is going to be the key for Marvelous Margie as well. “Margie has an incredible V-taper, and the reason I won last year is because she was off,” Popa admits. “She has more size than I do. I think if Margie comes in her best shape and conditioning, she will be able to take Helle.”

Flexing for the Top Five

With Sheila Bleck, the 2018 third-placer, moving to women’s physique (and Olympia bound in that division), there’s even more opportunity for other athletes to move up in the rankings. First on the list could be Nicki Chartrand, who flexed into fourth last year ahead of Trevino. Chartrand has a solid physique, but she’ll have to repeat with the package she brought last time, at least, if she wants to break into the top three.­

Popa thinks she will. “Nikki just posted on Instagram a picture of her legs, and she looked shredded to the bone [less than two weeks out]. And I know that her legs were a little bit behind her upper body last year.”

Aleesha Young, who won the Chicago Pro with good lines, solid mass, and plenty of lower-body size is a good bet to finish in the money. She was sixth at the Rising Phoenix in 2017 and could easily do better this year.

“Aleesha and Nikki are very close,” Popa says, but she has another name to toss onto the list.

“Look for a dark horse in Andrea Shaw. In Toronto she was in the physique class [11th], and then she switched to bodybuilding.”

Shaw looked much better competing with the bigger women in Chicago, where she got second. “Her physique reminds me of Margie’s,” says Popa. “It’s just a little bit better because her torso is not as short as Margie’s, so I think she flows more aesthetically. She has the same crazy, dense muscularity—she’s beautiful.  If she comes in top shape, she might be up there.”

What’s on the Line

These athletes spend their year emphasizing the sisterhood of women’s bodybuilding and promoting their sport, but now the sweats are off as they prepare to pose down. “The winner also gets a new Dodge Challenger Hellcat, valued at about $100,00—it’s one hell of a powerful muscle car at 800 horsepower!” says Alina.

Money prizes are awarded to the top five finishers, and there are money awards for best poser, most muscular, and the top three videos—the women get to create their own introduction videos used at the finals. It’s a unique opportunity to present themselves to the fans however they like.

Produced by super promoter Tim Gardner, the Wings of Strength Rising Phoenix World Championships takes place in conjunction with the IFBB Arizona Women’s Pro, featuring fitness, figure, bikini, and women’s physique, as well as the inaugural NPC Arizona Women’s Extravaganza national qualifier. So, basically, Wild Horse Pass will be stampeded by buff women of all sizes and shapes on September 6-7. 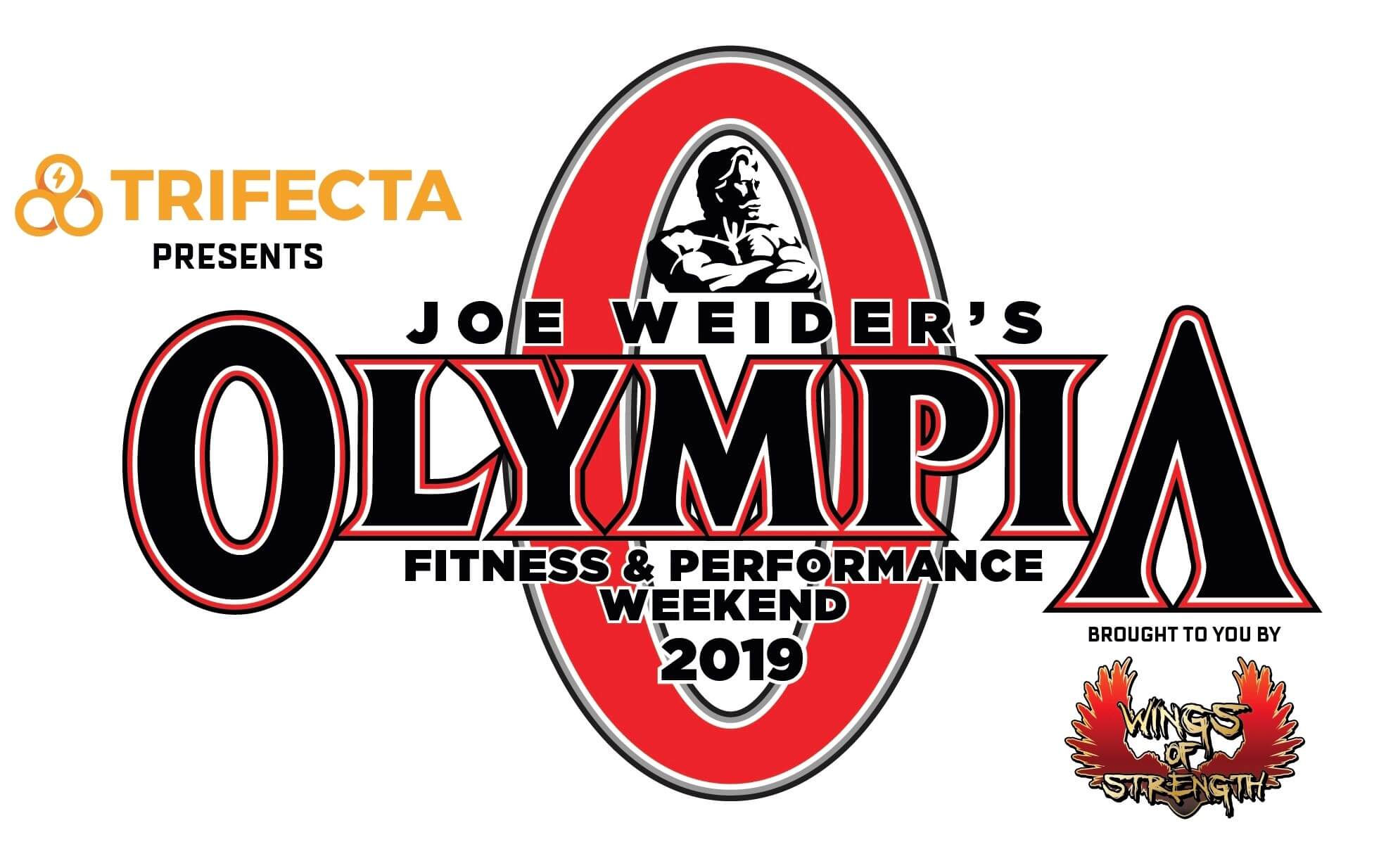