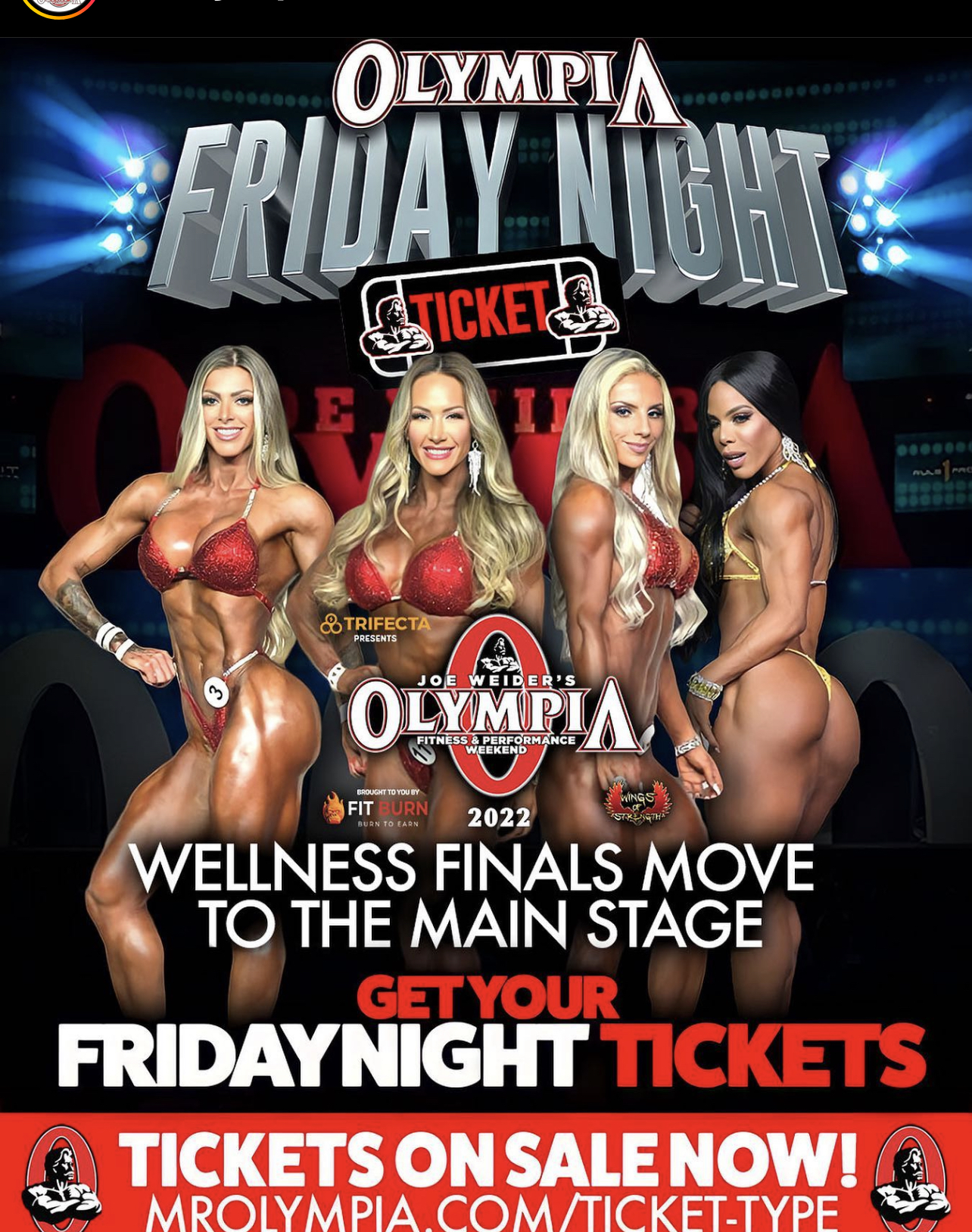 There is such a proliferation of divisions in women’s bodybuilding and figure competition that it is often difficult to keep track or understand the standards of each. First, there was Bodybuilding followed by the Fitness division, in which athlete performance was very important in addition to physique.  Then came the Figure division, which did not include performance but focused on an aesthetic muscular physique in the best possible condition.

In 2010 the category of “fit bikini” was introduced (as opposed to “bikini’ as we see it in conventional beauty contests) where the women are firm and in great condition but tend to be much smaller than in other divisions. However, the challenge is, that Fit Bikini competitors tend to only have about 50% of the muscle cells in the upper body, as would a comparably sized male.  But they have on average 90% of the muscle tissue in the legs.  This means it can be a struggle for women in a category like bodybuilding to build the upper body in the appropriate proportion to the legs.  A great many achieve this, but it is difficult.

The Wellness division is for women carrying more muscle mass, especially around the glutes, thighs, and hips, without super-low levels of body fat.

The problem for bikini competitors has been the effort it takes competitors to NOT build too much leg mass. When female athletes train with weights they get bigger, including and especially below the waist.  For example, eight-time Ms. Olympia Lenda Murray wanted to be a pro football cheerleader, however, her legs were too big and her years of track competition left her with very large and muscular legs and there was nothing she could do to sufficiently reduce them.

Some women have genetically smaller legs so are best suited to fit bikini rather than Wellness.

Here is what the NPC has to say about fit bikini:• A foundation of muscle that gives shape to the female body• Full round glutes with a slight separation between the hamstring and glute area• A small amount of roundness in the delts• Conditioned Core• Overall look- hair, makeup, suit, and tan

In a side-by-side comparison, the leg and glute development of Lauralie Chapodos Bikini Pro and Kassandra Gillis Wellness Pro is very different.

Many bikini competitors in fitness face the same dilemma.  They get lean, shapely, and defined in the upper body, but their legs remain too big for standard judging criteria in the Bikini division Hence, the development of the “wellness” category – which could be defined as bikini with bigger lower bodies – glutes and legs.

Here is what the NPC has to say about the Wellness Division:

“What is the Wellness Division?

So, what’s the new division people keep talking about in women’s bodybuilding, and what sets it apart? Well, the Wellness Division is put in place for women that are looking to build a physique slightly bigger and more muscular than Bikini Division athletes, without muscle separation and striations. Basically, this division is for women carrying more muscle mass, especially around the glutes, thighs, and hips, without super-low levels of body fat. They will also need to be carrying mass on the upper body, but not to the same degrees as the lower body. If you are familiar with the NPC and women’s bodybuilding in general, your typical wellness athlete will sit somewhere between physique and bikini. They should be slightly more muscular on the lower body, and their physiques, in general, should not be considered too muscular, or too lean and ripped either.”

The Wellness division rewards the natural structure of most females.

When the federations announced this division, you could hear a sigh of relief from women in gyms all over and a concurrent exodus from fit bikini into this new category.  This division allows many women to build and develop competitive physiques that naturally have too much lower body muscle to fit the competition standards of fit bikini.  It meant no more reliance on too extreme diet or endless hours of exhausting cardio.  It meant women being in a category that rewards the natural structure of most female bodies.

It also means that, for a bodybuilding audience, the women on stage look more muscular as is appropriate in any kind of genuine physique contest. This also makes it better for the judges, since when you are judging a muscle contest, the more muscle you see in competitors, the easier your job becomes.

So here is to the Wellness Division, which recognizes the natural tendency of women to build more muscle below the waist than above.  It is a recognition that it’s not nice to try and fool Mother Nature.

Wellness competitor Molly White says her legs are just naturally too big for her to ever succeed in Fit Bikini.