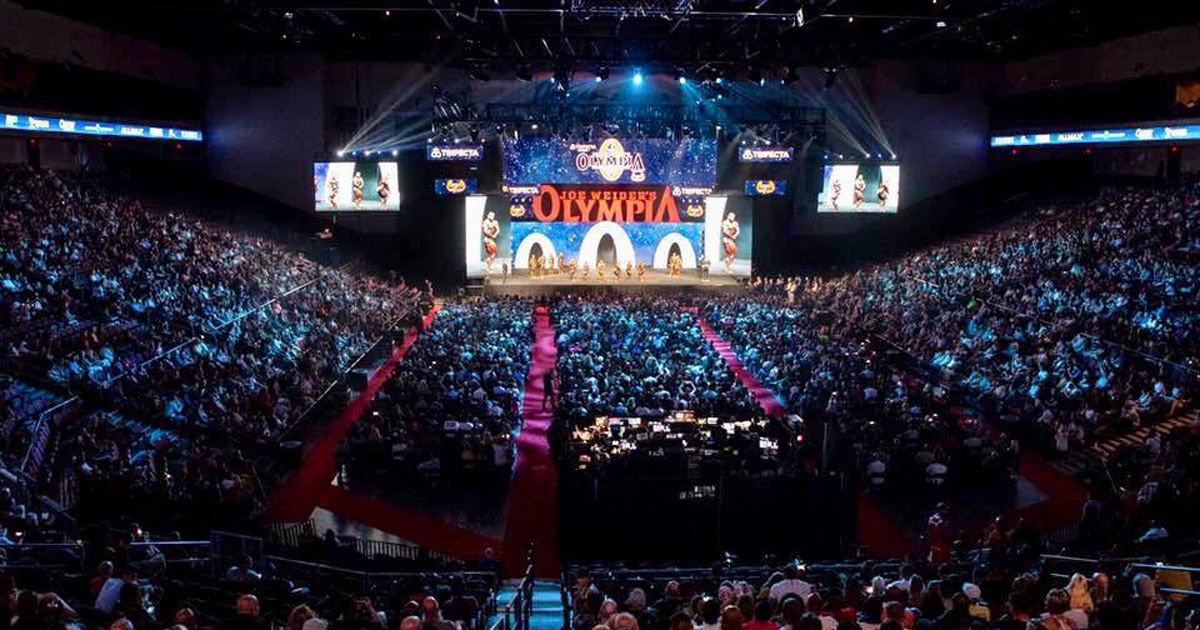 November 30, 1985, was, and still remains, the greatest night in the annals of women’s bodybuilding. A sold out auditorium of 5,000 souls crammed into the Felt Forum at Madison Square Garden in New York to witness that year’s Miss Olympia contest. Manhattan had never seen anything like the scenes that surrounded the event. Hundreds (including bronzed muscular beings from both genders and more normal sized dudes in yuppified Miami Vice type suits and glamorous big haired babes in super-sized shoulder padded garb) were locked out trying to buy a ticket for the hottest show in town.

In the press pit photographers from The New York Timesand Sports Illustrated banged elbows with the more regular lensmen who attended bodybuilding contests. NBC cameras were also there filming the event for later nationwide broadcast: An exposure that was not accorded to the long established annual, battle for the Mr. Olympia title. Here it was, proof positive, that the popularity of female bodybuilding had overtaken its male counterpart.

Six months previously Pumping Iron II: The Women had been released and attracted massive mainstream attention, with famed feminist writer Gloria Steinem declaring that the film, “redefined the boundaries of femininity.” Rendered myopic by the frenzy of that November night the muscle-building faithful were not to know that from here on the sport, like a slalom skier, would meander downhill. At that point in time they just savored this epochal moment. A moment that one woman above all others had been responsible for bringing about. She, like the sport itself, had been unknown five years earlier.

To be sure prior to 1980 there had been beauty type (high heels et al) contests, but female bodybuilding – wherein flex appeal, supposedly, overwhelmed sex appeal – was warming up for lift-off. As the new decade dawned, the spontaneity of the number of ladies eager to hit a double biceps shot with competitive intent, caused the spectacle to be heralded as revolutionary, and a further step forward for women’s emancipation. The mainstream media fastened on to this new phenomenon and suddenly images of the softer sex working out to be a harder sex were everywhere. To maximize and fully exploit such attention what women’s bodybuilding really needed was a beautiful, effervescent, striking looking female who was PR savvy. An individual with that most nebulous of talents –charisma. An “It” girl who would inspire and assume the mantle of role model. Someone whom the camera loved, which in turn bequeathed an ability to generate magazine sales, and put bums on seats.  In short, the distaff side of the sport needed their Arnold: someone who would eventually be instantly identifiable by first name only. Cue Rachel McLish!

In September of 1980, promoter George Snyder staged the first ever Miss Olympia contest in Philadelphia, to decide, “The best woman bodybuilder in the world.” Total prize money was $10,000 with $5,000 going to the winner. At 5’ 6 ½’ the 128 pound Rachel was crowned Miss Olympia and suddenly became the most famous female pumper of iron on the planet and the focus for unprecedented mainstream media attention. Women’s bodybuilding had their Arnold.

In 1981 she lost the Olympia crown to Kike Elomaa but returned in 1982 as the victor. She bypassed the 1983 event to concentrate on starring in Pumping Iron II: The Women, which became a mainstream phenomenon. She returned to Olympia action in 1984 finishing runner-up to fresh sensation Cory Everson whose 145-pound physique signaled a new era in women’s muscularity.

Everson’s dimensions and emergence proved to the first ever Miss Olympia that the sport had outgrown her. It would also be true to state hat she had outgrown it. She had no wish to accumulate any more muscle than the 128 pounds package that saw her become the queen of bodybuilding and her future now lay in other non “abs and thighs” fields, like movies, book deals, videos and apparel.

When considering the ramifications of the 1985 Miss Olympia at the Felt Forum it is ironic to reflect that the person who above all others had been the catalyst for ushering in female bodybuilding’s greatest ever night was not there. Rachel’s flag waving, drum beating, promotional blitzing and unique “Wow!” factor had propelled her sport from anonymity in 1979 to this November 1985 peak. And it truly was the peak, the crowning moment for women’s bodybuilding. Things would never be the same again.

That is until the emergence of Jake Wood driving force behind Wings of Strength, which was launched in 2011 to oversee the renaissance of women’s bodybuilding. Wood’s stewardship has now steered the Ms. Olympia into the position of returning as a major attraction at the 2020 Olympia Weekend. Of that move he says, “The chance to be a part of bodybuilding’s most prestigious event and one of the world’s biggest media companies is the next step in our evolution.” The message is clear – watch this Ms. Olympia space.

Regarded as one of the most prolific journalists in bodybuilding history, Peter McGough has built a reputation as a wordsmith, a historian and a master storyteller.  Digital Muscle is proud to feature the work of one of bodybuilding’s most celebrated writers.