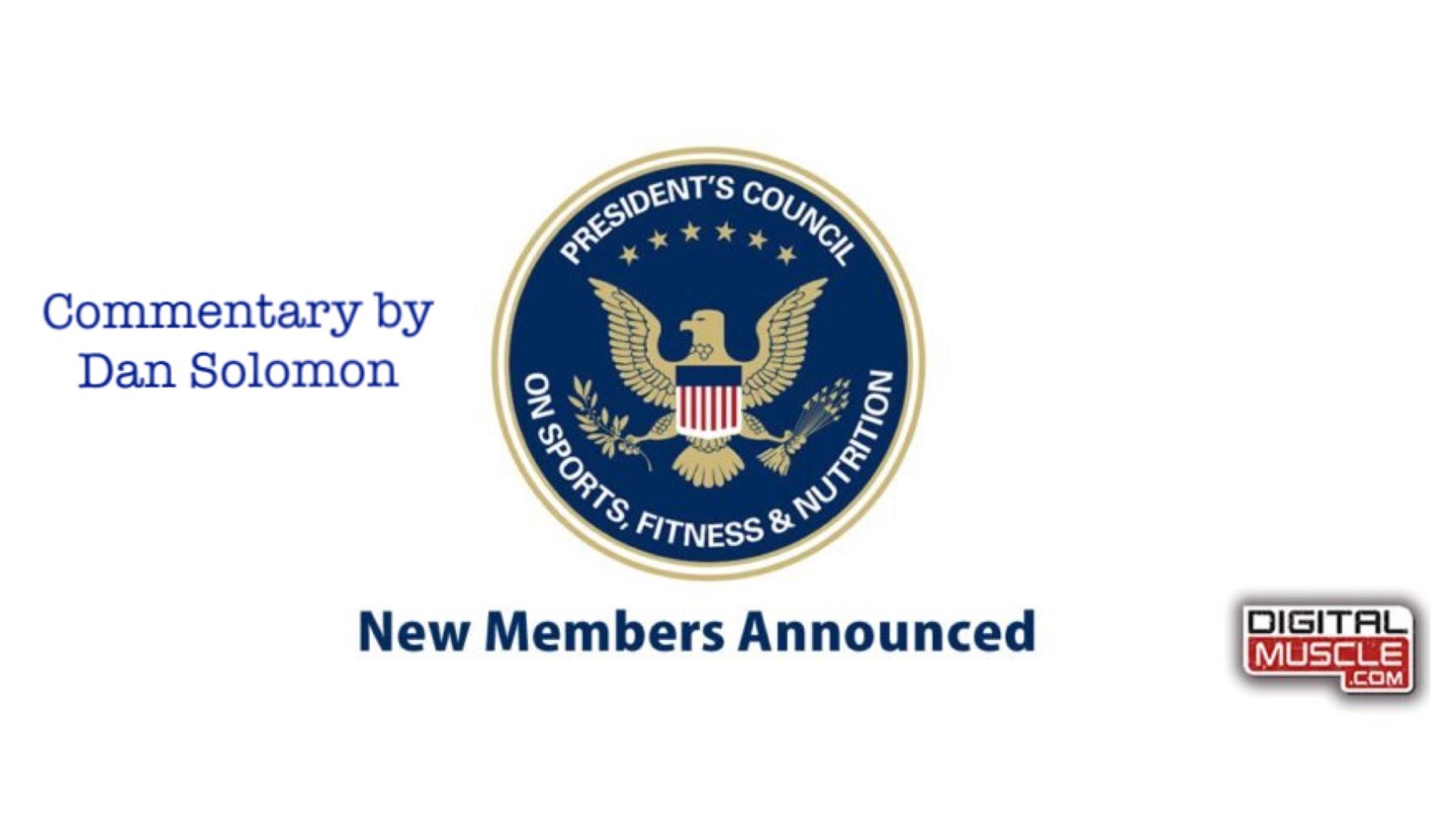 Last week when President Trump announced his selections for the President’s Council on Sports, Fitness & Nutrition, all eyes were on the various celebrities hand-picked by the President, household names like Bill Belichick, a Superbowl champion, Mariano Rivera, a baseball legend, Dr. Oz, a television star, and others who have garnered more than a few headlines over the years.  In total, the list included 23 men and women who will serve a term of two years on the committee formerly known as the President’s Council on Physical Fitness.

For me personally, there were 3 names on the list who hit much closer to home.

I’ve had the privilege of knowing Rob Wilkins, Dr. Bob Goldman and Lou Ferrigno over the years.  These men have been a fixture in the fitness industry for as long as I can remember, each having built valuable bridges connecting the fitness industry to the rest of the world.

Their inclusion on the Council is a source of pride for many of us who spend our days navigating the challenges of a worldwide fitness movement.  I caught up with NPC President Jim Manion, one of the bodybuilding industry’s most influential men, and he was equally proud to see these men chosen.  Manion stated, “I’m incredibly pleased to see these 3 men included on the list. They have each been a big part of the NPC and IFBB Pro League family for many years and it’s exciting to see their work recognized by the President.”

In the case of Rob Wilkins, a retired Master Sergeant in the United States Air Force, he was chosen years ago by Ben Weider to serve as the IFBB’s Military Liaison, a position that played a valuable role in promoting bodybuilding on military bases around the world.

Dr. Bob Goldman is known in the fitness community as the founder of the International Sports Hall of Fame, an organization celebrated annually at Arnold Schwarzenegger’s Sports Festival in Columbus.  But his contributions as a pioneer in the world of anti-aging are what set him apart. Goldman has impacted athletics in ways that are nearly impossible to measure.  An accomplished Mixed Martial Artist, Dr. Goldman will no doubt serve the President’s Council as one of its most progressive thinkers.

To most of the world, Lou Ferrigno is the Incredible Hulk, the first massively built man to score a starring role on television.  But for followers of bodybuilding, Ferrigno’s story resonates far beyond his 1970’s TV character.  The former Mr. Universe co-starred with Schwarzenegger in the 1977 documentary Pumping Iron, but his most valuable contributions are his dedicated service to the fight against Muscular Dystrophy and his countless other charitable endeavors.  Shortly after he was born, Ferrigno suffered a series of ear infections causing him to lose 80% of his hearing, a condition that lead to his work as an advocate and an inspiration for hearing impaired adults and children throughout the world.

Please join me in congratulating all the new members of the President’s Council, but forgive me if I’m especially proud of three good friends who represent the very best of what the global fitness community stands for.