Dan Solomon: Catching Up on Emails 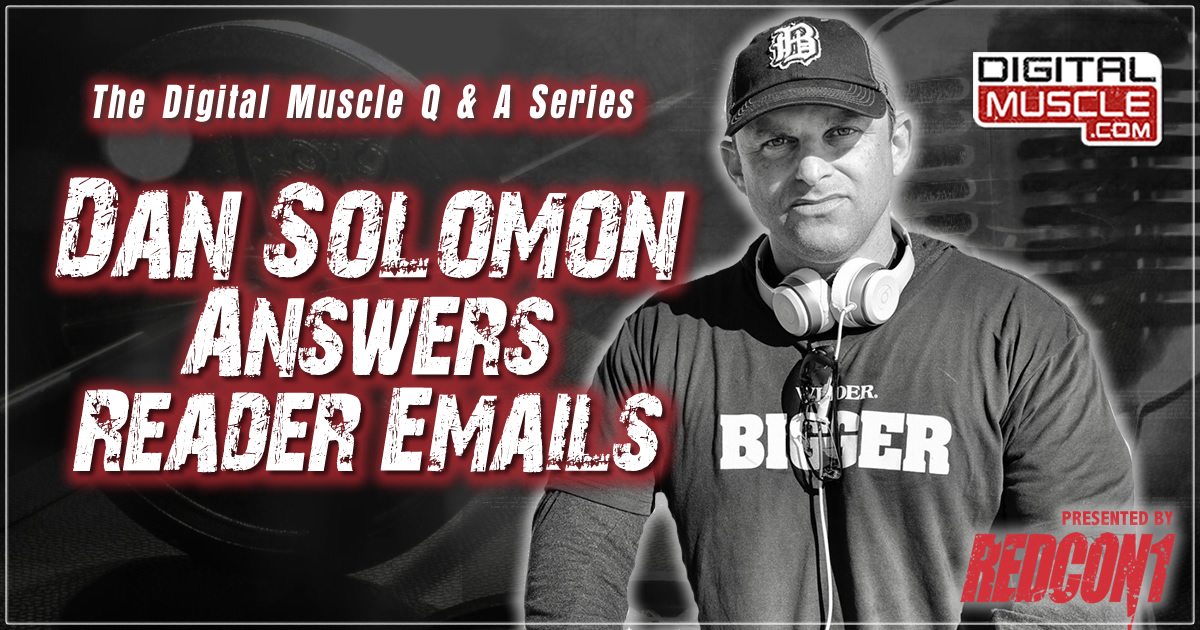 With everything going on these last few months, I’ve been doing a TERRIBLE job at hitting the reply button on all the emails that come in each day here at Digital Muscle.  The inbox is nearly as full as a crazy schedule that has me running in a hundred directions.  I guess you can say I really need the holiday break!  —  On a personal note, a sincere thanks to everyone who has helped make 2017 a year we won’t soon forget!  And here’s a handful of emails I thought I’d share…

Hi Dan, Been following your social media posts about the Joe Weider movie. It looks fantastic!  When will it be in theaters? Can’t wait to see it!!!  -Ryan

Hey Ryan! Thanks for the note. A lot of excitement surrounding the movie. Credit goes to Executive Producer Eric Weider and Producer Steve Lee Jones for dedicating nearly four years to the project.  It’s the biggest budgeted production in the history of the bodybuilding world and it’s been the thrill of a lifetime seeing it all come together.  BIGGER is a beautiful story, spanning eight decades, with a great cast, directed by legendary filmmaker George Gallo. The movie is currently in post-production. I don’t have release info yet, but we’ll pass it along as soon as we know.  Thanks for following!

Dan, What are your feelings about the big IFBB split that everyone’s been talking about? And what do you know about a new organization being started in the U.S. by rivals of the NPC?  -Larry

I don’t know much about the new organization. But here’s what I do know. —  I’ve personally seen many individuals try to compete with the NPC over the years.  Many of them have been experienced, respected promoters.  But the story always ends the same way.  Here are some facts that simply can’t be ignored:  The NPC’s vast infrastructure has been built over several decades. Each state and region is comprised of a network of promoters, chairmen and loyal supporters, the numbers are actually quite staggering.  On most Saturday nights during the calendar year there are THOUSANDS of competitors walking across NPC stages in cities throughout the U.S. — Yes it’s true that anyone can start a new organization or put on a few bodybuilding shows, but the NPC’s market strength (and customer base) really isn’t threatened by that stuff, as we’ve learned time and time again.  In addition to all of that, the NPC’s local, regional and national event qualification model is a well-oiled machine built over a half a century.  And then there’s Joe Weider’s Olympia, bodybuilding’s most prestigious event. All roads (and sponsors) lead back to the NPC.  This isn’t simply an opinion.  These are all facts.  So, to answer your question, when I hear about attempts to rival the NPC it’s like watching re-runs of an old TV show; it’s interesting for a few minutes, until you realize you’ve seen the same episode a dozen times….and the ending never changes.

Hey Dan, I was so sorry to hear about the passing of Muscle & Fitness Magazine Editor Shawn Perine. I know you guys were friends.  Can you please pass along my sympathies to his friends and family? He seemed like a great guy.  -Allison

Hi Allison.  Thanks for the note. Shawn was special in so many ways. He had a warmth about him, the kind of gentle genius you don’t find very often.  He loved bodybuilding for all the right reasons.  He was inspired at a young age by the physiques of past eras and he told their stories with the kind of artistry that earned him accolades as one of the best writers in the business. He was respected by men named Schwarzenegger and Weider, but more importantly, he was a dear friend and I’ll forever be grateful to have known him. Sometimes life isn’t fair.  Shawn Perine deserved to live to be a hundred years old.

Thanks Big Mike! As you probably know, RedCon1 was founded by Aaron Singerman. I’ve known him for quite some time, long before he got into the supplement biz.  In less than 2 years he’s managed to build a supplement company that’s already out-selling some of the industry’s most respected brands.  I’m glad we were able to come together. Both companies, RedCon and Digital Muscle, are growing fast…so it’s a good match. 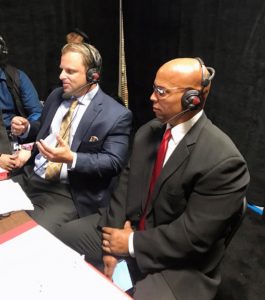 Dan, I met you once in L.A. several years ago and I practically grew up watching you host all the bodybuilding webcasts. I was wondering if there is a way to purchase this year’s Olympia that you and Shawn Ray hosted.  I watched it on the Amazon.com webcast and I thought it was the best one yet.  Hoping I could purchase it for a friend as a gift. Is that possible?  -Octavio in Mexico City

Octavio, There’s good news and bad news. Unfortunately, you can’t buy it.  But the good news is (if you’re an Amazon Prime member) you can watch it anytime you want, for free! Just go to the Amazon Video app and type “2017 Olympia” in the search box!  If you don’t have Amazon Prime I’m afraid you’re out of luck. Thanks for the email.  Hope to run into you again down the road.

What’s the deal with House of Pain Apparel? I noticed you guys are promoting them on DigitalMuscle.com.  Is that the same clothing line that was popular back in the day?  -Jeremy

Yep! House of Pain is back! Thanks to my great friend Joe Corbett and his team, the hardcore apparel line has been brought back from the ashes and the new stuff is BADASS!!  They just signed David Henry to their team and they have big plans for 2018. If you’re looking for some nice holiday gifts for your friends who like to train hard, or if you just wanna freshen up your gym wardrobe, place an order at www.HouseOfPain.com.

Dan, do you think Big Ramy should have won the Mr. Olympia? I need your help settling an argument with my training partner!  -Arturo 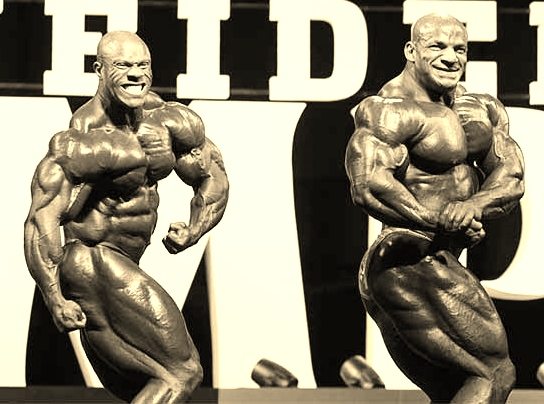 No. Phil Heath was the rightful winner. The overall detail, lines and balance is what gave Phil the slight edge this year.  Having said that, I can confidently say that Phil’s bid for number eight is far from certain. If he wants to win again he and his trainer (Hany Rambod) will have to solve the midsection issue.  That simply cannot happen again.  If it does, we will have a new champ. Period.

Thanks Laura. I’d have to agree with you; we ALL love Dave’s videos! He’s like the unofficial Mayor of Venice Beach and as our senior producer he’s a big reason why we’re able to lead the way when it comes to delivering BIG NAME content. Every single day we aim to publish new, original content utilizing our Digital Muscle TV channel, our Apple News Feed, and our standard online platform. We’re fortunate to have a growing team of all-star content providers here at Digital Muscle and some great sponsors.  I can’t wait to show you guys what we have planned for 2018.

Thanks for all the emails! If you’d like to reach us here at the DigitalMuscle.com Fitness Media Hub, send an email to [email protected]. For the next couple weeks the door is open for new content providers and new sponsors. Let us know how we can help your brand grow!