Did The Ice Bucket Challenge Lead to an ALS Breakthrough? 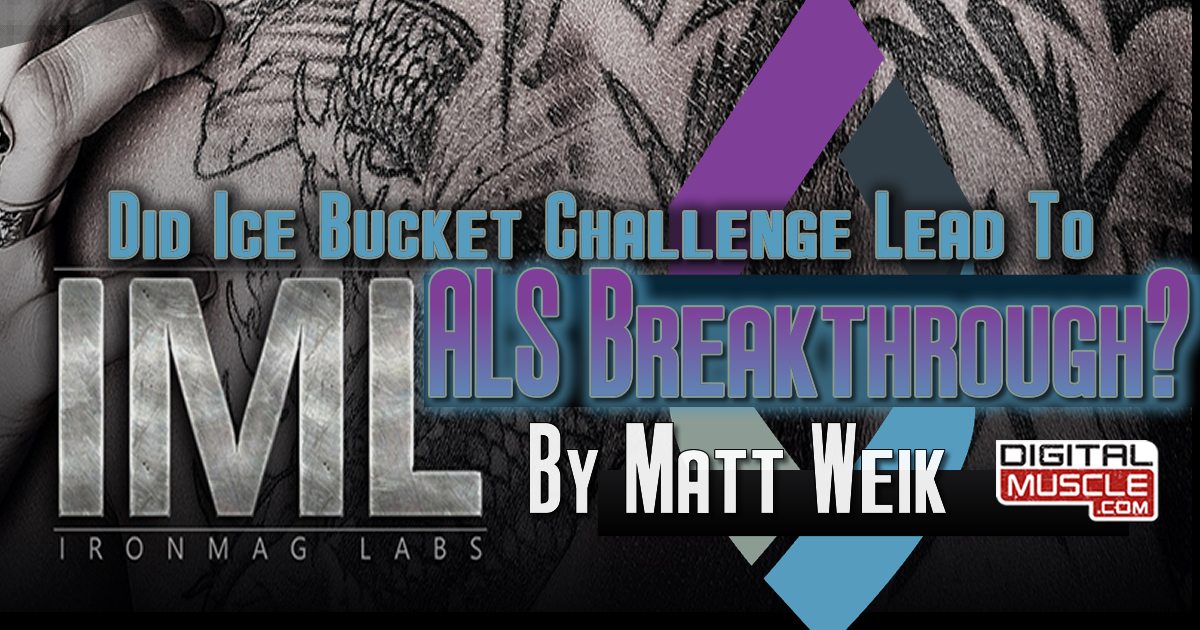 Remember back in 2014 when everyone was dumping buckets full of freezing cold water on their heads? At first no one knew what the heck was going on, including myself. Many disregarded it as simply the latest social media trend, but more and more videos kept showing up and people started asking questions, trying to learn what this ice bucket challenge was all about, a crusade championed by former Boston College baseball player Pete Fredes.

What we soon discovered was that people were taking part in a viral challenge to help beat ALS (amyotrophic lateral sclerosis) otherwise known as Lou Gehrig’s disease. ALS is a fatal neurodegenerative disease that affects nerve cells in the brain and spinal cord and disrupts people’s lives by causing muscles to atrophy and voluntary muscle control to be affected. The end result is the loss of motor control, the ability to eat or speak, and eventually causes the body to no longer be able to breathe on its own. Ultimately, ALS takes the life of its victims.

The Ice Bucket Challenge, taking full advantage of the power of social media, yielded more than $220 million worldwide in donations to help find a cure.

Statistics show that around 1 in every 400 people will be diagnosed with ALS and the life expectancy once diagnosed is anywhere from 2 to 5 years. Researchers are working tirelessly to find a cure or even a form of treatment that can help minimize the effects of the disease. Around 90% of the population that is battling this disease does not have anyone in their family who also has ALS. Only 10% of the cases were attributed to genetics.

It was because of our help, that researchers were able to take the money raised and get down to business in trying to find a cure. While that cure is still out there somewhere, researchers were able to take some of those funds, using them to find a new gene. A breakthrough. A step in the right direction in understanding more about this disease and finding a cure. Donations funded the largest study ever done on ALS which pulled in researchers from 11 countries. This new gene, NEK1, that was found is said to be the most common gene found to date that contributes to ALS. NEK1 is a gene that helps nerve cells function. It plays a role in DNA repair as well as with mitochondria which is the powerhouse of our cells.

Researchers mentioned that it’s because of everyone rallying together and working towards a common goal of raising money for research as well as raising awareness for the disease that they were able to make this remarkable discovery. More research will be done surrounding the NEK1 gene and the possible reasons that it mutates to see if there is a way to prevent it or cure it.