Report: Big News For Your Joints! 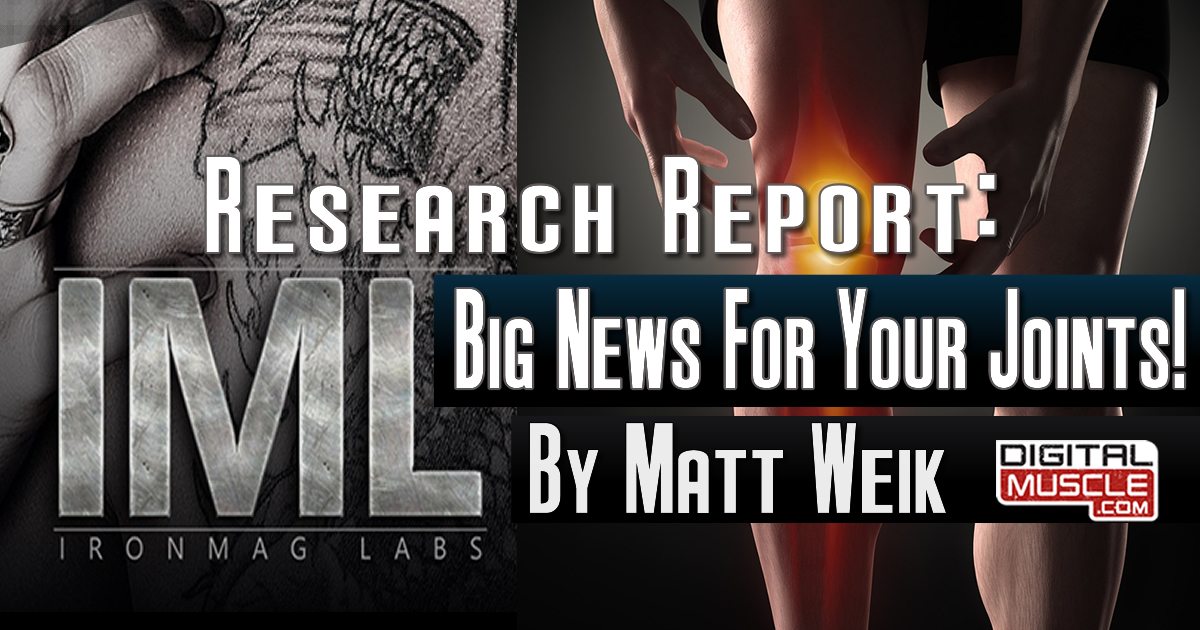 When it comes to sports injuries, most occur from wear and tear as well as damage done directly to our ligaments and tendons due to force exerted on the body either by another competitor or the playing field itself. The amount of stress and demand put on our joints and ligaments is sometimes too great and injuries such as tears can occur.  While our kids might say there’s always time for Jell-O, athletes unfortunately don’t have time to be sidelined with injuries. With the help of a gelatin supplement, they might be able to continue to hit it hard in the gym as well as the playing field.

For those who aren’t aware, a main ingredient in jiggly things like Jell-O is gelatin, made from a fibrous protein called collagen. Many of you might be familiar with some of the liquid protein sources (like protein shots in test tube looking packaging) out there being made of this protein.  Most consider collagen to be a protein that helps with skin, hair, and nails.  However, collagen also helps strengthen connective tissue.  The part that many have an issue with is that collagen supplements are generally created through the use of pig bones, pigskin, hides, and connective tissue itself where they are ground up and then dissolved into a useable form.  While all of this might sound a little disgusting, it’s the process none the less.

Through the use of gelatin, researchers are now saying improved joint health can be had, not only by athletes, but also in the elderly. It’s difficult to figure out if something is beneficial to a joint in particular without actually cutting someone open and checking.  So for that reason, a laboratory at the UC Davis College of Biological Sciences and the Australian Institute of Sport is growing artificial ligaments.  This allows them to test how a product helps or hinders joints without potentially harming a human in the process of testing.

How did researchers figure all of this out?

While grabbing a group of college students who consume Jell-O shots on a regular basis might do the trick, they decided to get a bit more scientific and found eight young men who were found to be healthy to be participants (without cutting them open). The researchers gave all the participants a gelatin supplement that was enhanced with vitamin C.  Each participant drank the mixture and then had their blood taken (ok, so a little blood was shed for the study).  An hour after taking the mixture, they were then asked to exercise by engaging in five minutes of high-impact cardiovascular exercise in the form of skipping.

Following the bout of exercise, the researchers again drew blood from the participants. The researchers “tested the blood for amino acids that could build up the collagen protein that composes tendons, ligaments, and bones.”  They also tested the samples on their own ligaments formed in the laboratory.  What they found was that through ingesting the gelatin and vitamin C mixture, there was an increase in amino acids found in the blood samples along with markers shown in collagen synthesis.  They also found an improvement in the lab-grown ligaments as well.  The researchers said, “These data suggest that adding gelatin and vitamin C to an intermittent exercise program could play a beneficial role in injury prevention and tissue repair.”

This is great news for anyone looking to improve the health of their joints, ligaments, and bones. The findings from this research can be used to help athletes stay healthy as well as add longevity to the health of the elderly when it comes to mobility.  Expect to see supplements down the road hitting shelves with ingredients such as gelatin included.

Get more research spotlights now at the IML Research Blog!