Meet the Director Who Painted a Joe Weider Masterpiece 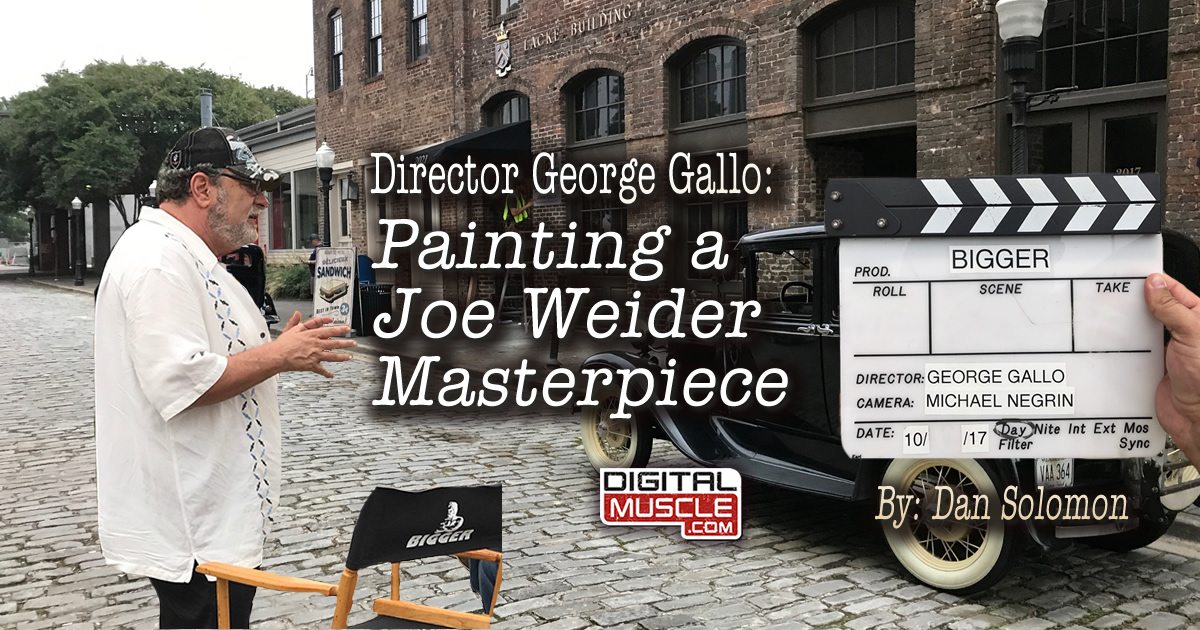 On October 12th, the motion picture BIGGER lands in theaters as the largest-budgeted bodybuilding themed production of all time.  In the weeks leading up to the release, DigitalMuscle.com presents this exclusive series taking you inside this remarkable project.  Thanks to House of Pain Apparel  for sponsoring our coverage!

When Hollywood learned the story of bodybuilding pioneer Joe Weider was headed to the big screen, all eyes were on who would fill some of the film’s coveted roles. Trade publications have praised the cast assembled under the watchful eye of ambitious Producers Steve Lee Jones, Scott LaStaiti and Camila Castro.  From Academy Award nominated Robert Forster (Jackie Brown) and Tyler Hoechlin (Road to Perdition) to Julianne Hough (Rock of Ages), Aneurin Barnard (Dunkirk), Kevin Durand (Wolverine), Tom Arnold (True Lies), along with DJ Qualls, Steve Guttenberg and Victoria Justice – there’s no shortage of experience and star power to help bring this remarkable story to life. But make no mistake about it, the decision to hire Gallo to direct may prove to be Executive Producer Eric Weider’s biggest score.

Gallo has been around. In Hollywood circles he’s credited for creating a new career path for Robert De Niro when he wrote MIDNIGHT RUN, the box office hit that gave way to the tough-guy actor’s comedic stylings in a role miles away from Vito Corleone.  As a screen writer, he hit it big when he wrote the Will Smith blockbuster BAD BOYS.  Gallo has been lauded for his ability to maneuver from one genre to the next with keen sensibility.  As the director of the Weider biopic, Gallo appears completely in his element.

“This film is about a visionary who viewed the human body as sculptures from the Gods.” explains Producer Steve Lee Jones. “I needed a director who was a real artist, and George is a reknown painter who sees the world as art, much like Joe. His genius was evident every day on set. Soon the world will see.”

In the years prior to his death, I often told Joe Weider that his life story would make for a helluva movie. His response was typically to dismiss the idea, fearing that any attempt to tell his story would completely miss the mark. Joe knew his journey was about far more than muscle and he doubted anyone would go the extra mile to understand it.  Thanks to a beautifully crafted Andy Weiss/Brad Furman screenplay and the artful touch of a brilliant director, Joe can sleep easy.  His story is in very good hands.  BIGGER lands in theaters on October 12th.