By Shandy Ortiz
The Beauty Blog

Initially, the feeling was similar to what a racehorse must feel after it’s been retired and put out to pasture. I remember thinking, “That was it?” Everything I was working so hard for, and just like that, it was over?  The grind that I had pushed through—hour by hour, day by day—to reach goals that were set so deep in my heart, I couldn’t tell you why I wanted to reach them, other than I had to?  And it was over?

The day after I tore my ACL and even after I had received the diagnosis and the inflammation was kicking in, I was in disbelief. By then, though, I had built up an equal amount of anger. The day my dad found out—through a text that was meant for my best friend—I kind of lost it, cussing like a sailor at circumstances I simply couldn’t control.

My anger didn’t last long, however, and once it subsided, I was able to open my eyes to a much larger picture than the derailment of my goals. That, in turn, helped me learn and grow in a way only this setback could teach me.

It turned out that the little things around me were actually the big things. Now, I’ll admit I was one to run through life never thinking twice about my ACL—just totally taking it for granted. It is so easy to get caught up in the daily grind and activities and lose sight. Simple things like standing on two legs or walking were expected; they are what I have gratitude for now. 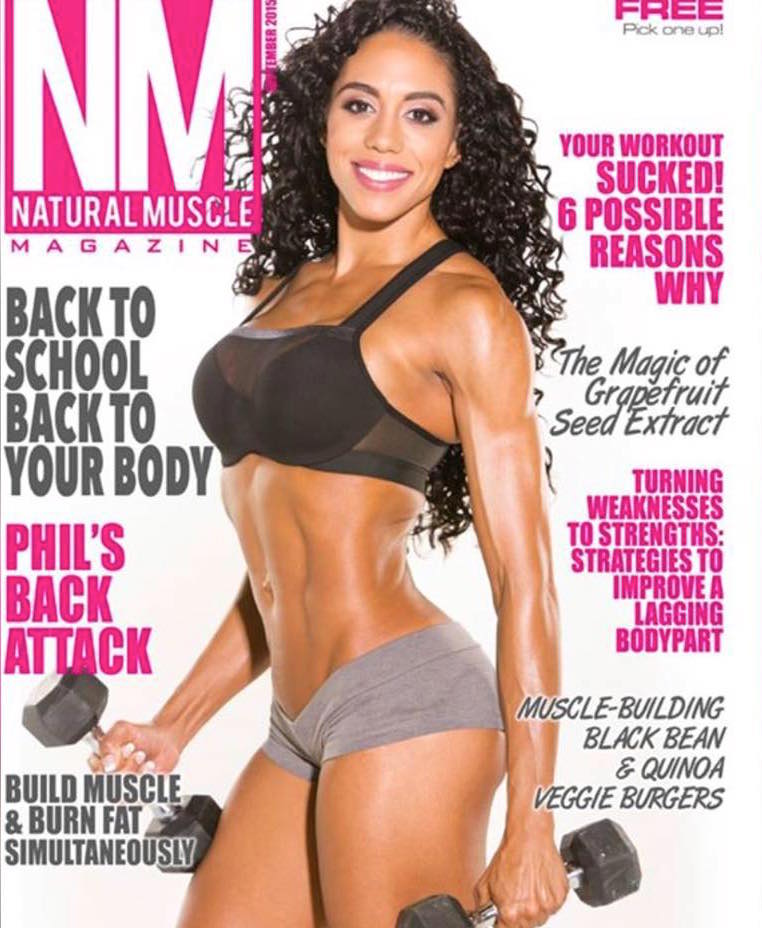 Benjamin Franklin once said, “A false friend and a shadow attend only while the sun shines”   —  But what happens when the lights go out and you are not killing the game or just simply no longer able to help and do for others as they would like? In my case, my load got lighter. The people who were always here for the right reasons are still here. What a blessing to know who’s on your side and who’s just along for the ride.

When I see capable bodies with incapable minds, it frustrates me! People talk about the changes they desperately want or the goals they have set forth, but often they don’t have the confidence to begin. They don’t know how truly amazing they are and they hesitate to take the first step. It’s great to have intentions and goals, but you’ll never get what you want if you don’t get up and go after it! Excuses bring you nothing but regret.

My name is Shandy Ortiz. I am an IFBB bikini pro and mother of two. I choose to fight for my dreams no matter the setback, so the pasture will just have to wait for another day!

Shandy Ortiz is an IFBB professional bikini athlete, fitness model, Bombshell regional coach, and BeautyFit athlete. She discovered bodybuilding just 2 years ago and instantly fell in love, earning pro status at just her fifth competition. She loves coaching, training, and mentoring other women to achieve their personal goals and become the best version of themselves. She also loves spending time with her husband and children, and she enjoys reading, traveling and riding horses.

Check out the BeautyBlog by BeautyFit Right Here at DigitalMuscle.com