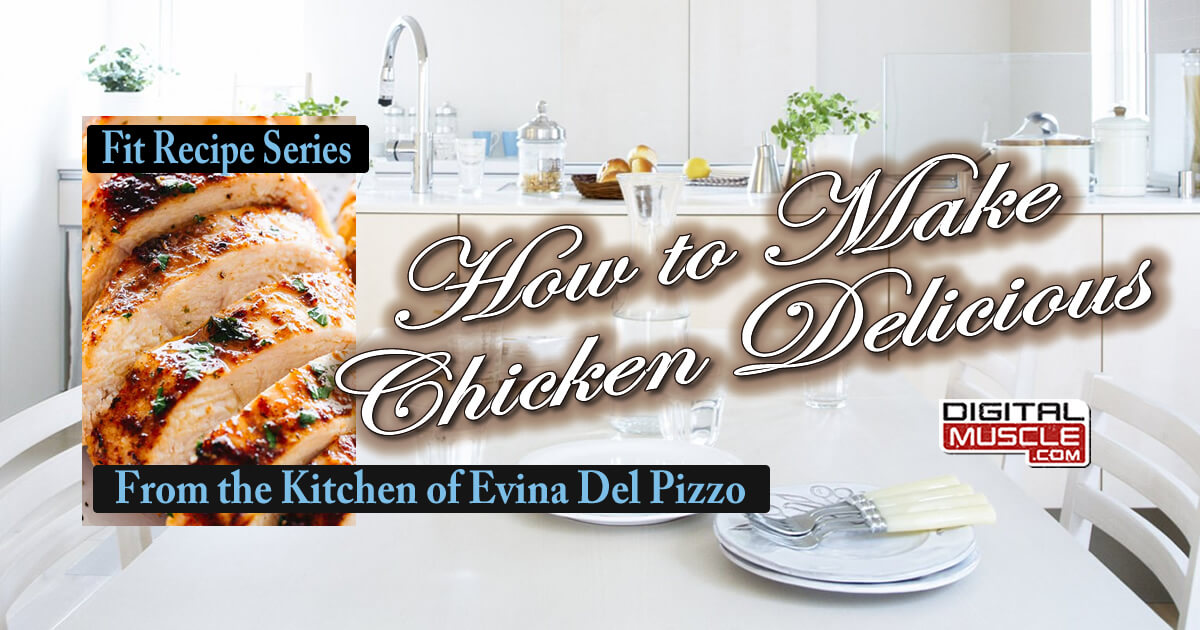 Welcome to another mutinous Monday night. You head for the fridge—and that random bunch of ingredients you picked out at the organic section of your favorite grocery store—in hopes that you will muster up the energy to cook a healthy, flavorful meal that meets your fitness goals. You remember that you bought chicken and imagine a beautiful roasted chicken with crispy skin, a gorgeous butter glaze, and a sprinkle of rosemary garnish. A tempting option—but not exactly what you had in mind when you started your diet and told butter to take a hike. Also, what you bought was skinless chicken breasts. You turn around and see the hopeful eyes of your husband, wife, child, dog, and/or goldfish, and think, “Why doesn’t chicken taste like honey maple bacon? What am I going to do with it?”

Which brings you to ask the question, “How can I turn this basic, dry source of protein into a culinary masterpiece?” 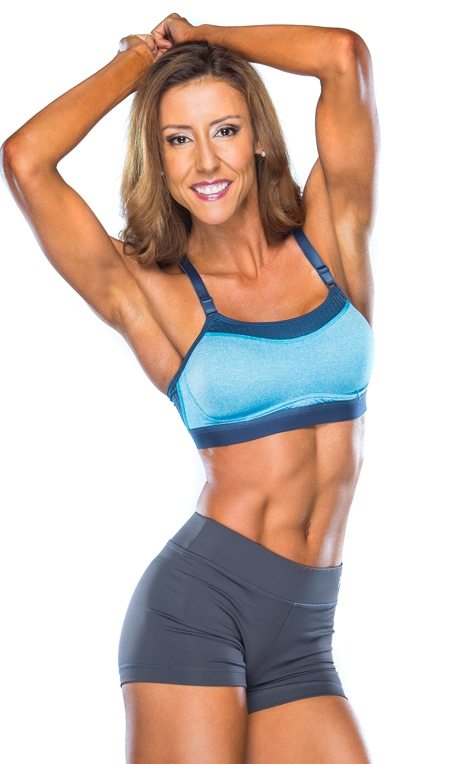 Cooking after a long day can be exhausting, and meal prepping can be rather intimidating, especially when you’re tired of eating the same boring chicken all the time, but with the options of marinating and brining you can have a delicious healthy meal in no time. It takes a little pre-prep, but it’s worth that easy extra step to get the meals you want.

The Beauty of Brining

Brining has been used by many different cultures for preserving, seasoning, and tenderizing meat in a way that is otherwise not possible. There are a few ways to brine your chicken. The first method, and probably the most common, is a wet brine, which calls for you to submerge the chicken in a salt bath. The average recipe calls for a ratio of 3/4 cup of salt to a gallon of water, and you can add sugar, herbs, and spices for more flavor; for example, bay leaf and herbs de Provence.

Let the chicken sit in the brine at room temperature for a minimum of 4 hours, or leave it in the fridge overnight. If you’re using chicken breasts, it’s a good idea to butterfly them for a better distribution of flavor. Brine for a minimum of 15 minutes before butterflying them, and do not exceed 6 hours. Basically, if the chicken is already thin, you don’t want to brine for too long as it will destroy the texture.

Wet brining works through osmosis, with the water and salt being drawn into the protein, where the salt helps the chicken retain the water and stay moist.

Another method is dry brine, which consists of rubbing the chicken with salt and other dry herbs and spices, and then sealing it in a bag for a day or two before cooking.

My favorite method is to brine and baste the chicken in its own juices while cooking. It’s more time consuming, but the chicken will taste delicious and stay moist in the fridge for a few days.

For this method I prefer using a whole chicken, but you can roast chicken parts as well.

Preheat the oven to 350 degrees F. Use a pan that fits the chicken, like a 200 hotel pan, and place the chicken in the pan, breast side up if it’s a whole bird. Add two cups of water to the pan. Salt the chicken and season it to taste. Bake it at 350 for 30 minutes and then pull the chicken out of the oven and baste it in the pan juice that’s cooking out of it.

Increase the temperature to 450 degrees F and baste every 10 minutes, 2 or 3 times, depending on the size of the chicken.

Drop the heat back to 350 degrees F and baste every 5 minutes until the chicken is golden. For a crispy skin, turn the oven to broil and broil until desired crispiness. I consider this method to be the best because the water, salt, and spices pull some of the natural fats out of the chicken breast and skin; you’re essentially basting the chicken breast—and the rest of the bird—in a natural bouillon. It’s more time consuming, but the flavor is delicious and well worth the effort because your chicken will stay moist for days afterward.

Brining is an essential tool in cooking moist chicken whether you’re baking it or pan frying it, and it can be used with other lean meats as well.

Marinating is a slightly more complex method of pre-prepping and invites you to get creative as you build a marinade for your chicken. It’s not so much about retaining moisture as it is about making the chicken taste good. A marinade is typically made up of any combination of oil, acid, spices, and minced or chopped herbs. You can incorporate citrus and other fruits and certain vegetables as well in a marinade to give it more flavor and texture.

A marinade should follow a specific flavor profile. For example, you may like an Asian flavor profile such as ginger and citrus or a southwest profile with a sweet and spicy chipotle and honey sauce. The possibilities are endless. If you’re not one to experiment too much in the kitchen, there are tons of recipes for good marinades online. As with the wet brines, chicken should not sit in a citrus-based marinade too long, no longer than 4 hours in this case, as it can cause the meat to become mushy and gross.

Keeping chicken longer in a citrus- or vinegar-based marinade will not make it more tender. On the other hand, because marinades provide only surface flavor, the longer you marinate it, the more the chicken will retain the flavor of the marinade—and that applies to all types of meat, not just chicken. Find a balance, depending on what’s in the marinade.

One of my favorite marinades for chicken breasts is a honey chipotle blend.

Place the chicken breasts in a freezer bag. Mix all the ingredients together and pour the mixture over the chicken. Marinate for 4+ hours or overnight, if possible, for the best results; however, skinless, boneless chicken breasts will be ready to pan cook or grill after 30 minutes.

If you’re baking the chicken breasts, preheat the oven to 400 degrees F and bake for 25-30 minutes. Remove them from the oven and let them rest for 5 minutes before serving. Feel free to get creative and add more or less of any flavor.

When to Use Brines and Marinades

Marinating is a great way to add flavor, but since most marinades are not salt based, the meat won’t be as moist, especially marinades that are sugar and honey based. Still, if you’re more interested in grilling your chicken, the marinating method will bring you better taste and texture.

Both methods will liven up your chicken and make any dinner more fun.

Health Benefits of Brining vs. Marinades

In general, I believe that brining is a better option because you can retain more moisture in the chicken while infusing it with flavor. You’re more likely to enjoy chicken the second day if it has been in a brine, whereas marinated chicken is better for a meal you’re going to eat right after it’s cooked.

You may wonder about all the salt used in brining. Don’t the seemingly large amounts of salt make it unhealthy? When you consider that you’re not eating the whole chicken in one sitting, you’ll realize that you are relatively safe from over consuming sodium. For most people, a regular serving of protein is 4-6 ounces, about the size of a fist. A 4-ounce portion of chicken that has been brined before cooking will average 300-400 milligrams of sodium. According to the Food and Drug Administration, the average person should take in a minimum of 180 milligrams of sodium per day and a maximum of 2,300 milligrams. In fact, according to the American Heart Association, the average American takes more than 3,400 milligrams of sodium per day.

So, even if you’re careful about your salt intake, 400 milligrams in a dinner serving of chicken really isn’t that much. The rest of your plate should contain no more than 100 milligrams of sodium, and that’s only if you salt your food excessively. A regular dinner plate for a health-conscious eater might consist of a serving of chicken, a half cup of broccoli, and a cup of brown rice, which adds up to roughly 430 milligrams of sodium. If this is the meal you would normally build for yourself, the sodium in the chicken isn’t a big deal. 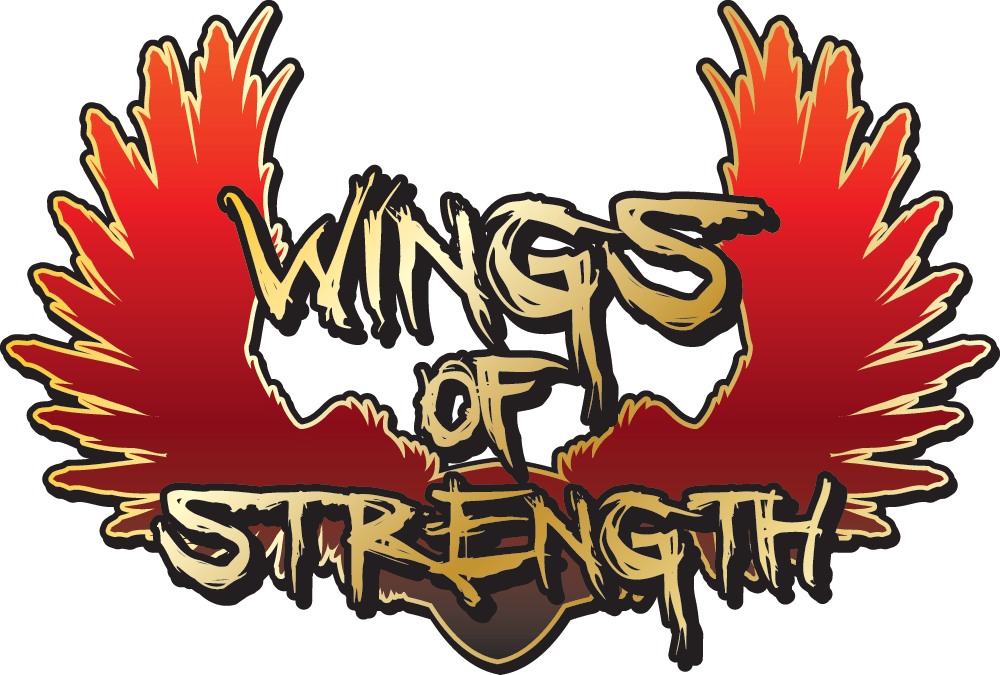