Records Shattered at the Tampa Pro 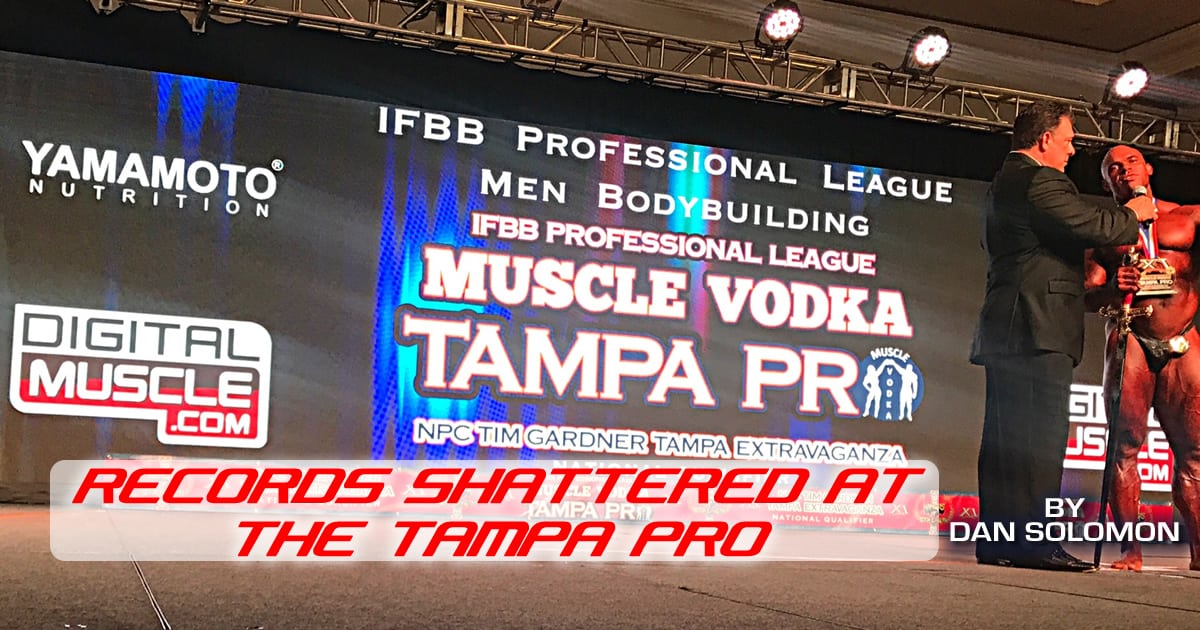 On most Friday and Saturday nights, in cities across the country, dedicated men and women are flexing and posing at an array of fitness competitions.  The best of the best can be found competing in the IFBB Professional League, the sanctioning body that oversees the world’s most prestigious events, including Joe Weider’s Olympia Weekend, the holy grail in competitive bodybuilding.

This past weekend, an event was held in Tampa, Florida under the watchful eye of fearless promoter Tim Gardner.  For the 11th straight year, professional bodybuilding, fitness, bikini and physique competitors traveled from around the world to compete on Florida’s west coast. But this wasn’t just another contest on the crowded event schedule.  To put it clearly, The Tampa Pro, presented by Muscle Vodka, was the BIGGEST PROFESSIONAL CONTEST IN THE HISTORY OF BODYBUILDING.  Yeah, you read that correctly!  Over the course of the three-day event, 290 professional athletes walked across the stage at Tampa’s Marriott Waterside Resort, more than any event in the history of the sport.

I’ve had the privilege of observing closely as Tim has grown this event from its humble beginnings a decade ago, still recalling the time he called to tell me about his plan to bring a major pro event to the state of Florida, during a time when Florida had become an afterthought on the pro bodybuilding scene.  The event struggled in its early years.  Ticket sales and sponsorships were hard to come by during an economic recession.  At one point, Tim considered shutting it down.

The 56 year old promoter gets emotional when reflecting on his early struggles. “To think that in 2012 the future of the event rested on the outcome of its Saturday evening ticket sales. A slow day at the box office would have forced my hand to fold on the idea that this event would ever grow to be successful.” Gardner continues, “Passion alone was not enough to take on the risks to continue with the financial burden and strain of this production. As fate would have it, those Saturday evening finals in 2012 sold out.”

The momentum of the Tampa Pro, produced in conjunction with Wings of Strength, has been widely attributed to the warm and welcoming atmosphere created by the promoter, his wife Eileen, their extended family, and his hard working team at Tim Gardner Productions.  The event is also the home to the annual Ben Weider Lifetime Achievement Award, one of the bodybuilding industry’s highest honors.

Gardner is an easy guy to root for.  His love of bodybuilding is infectious and he’s in it for all the right reasons.  He’s earned the right to celebrate the success of an event that was once on life support. “It is somewhat surreal to truly have a dream become reality – to hold the world record is something that I will proudly cherish knowing that the Elite Team & I accomplished the unthinkable.”

To learn more about all of Tim’s events, visit www.TimGardnerProductions.com.  And if you’re a company looking for a high quality sponsorship opportunity, look no further. 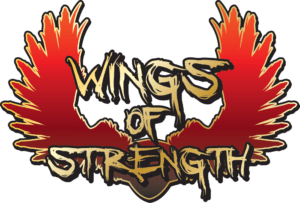